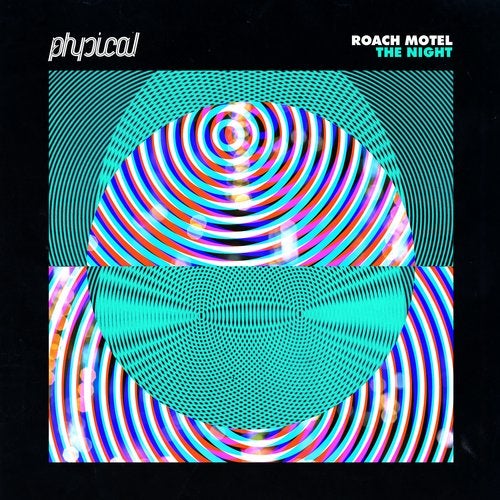 Get Physical's latest release comes courtesy of Brit duo Pete Heller and Terry Farley, better known as Roach Motel. Previously featured on Get Physical by way of their 'Wild Luv' EP back in August, Roach Motel returns to take GPM286 on, giving us some flavorful new material accompanied by, you guessed it, a kickass set of remixes. 'The Night' EP is centered around Roach Motel's old-school-leaning 7 minutes of popping rhythm heaven, a base under which an illustrative vocal takes us through the evolution of a night that sounds all too familiar. Jaymo & Andy George prepare a rave-ready version of the track, while Tuff City Kids contribute not one, but three versions spanning from a revved-up 90s dance extravaganza to a darker techno remix and a keyboard-crazy organ dub version that puts the ivory-tickling center stage. The super-pack is completed by the original, of course, and a special Acapella version of 'The Night' so as not to miss a single word -and play around with, if that's your thing. As for the surprise element? It looks like The Night EP is coming at you on wax as well - don't miss our special double-vinyl edition of the release! In short, we've come out with some more classic house madness for all to enjoy; get it while it's hot.