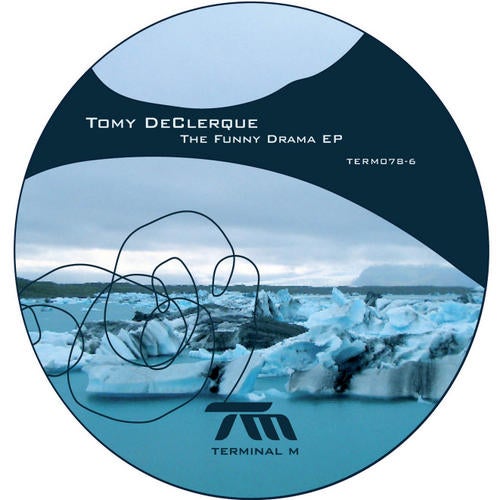 Having opened 2011 with Andhim's first release on the label, we look to add to our list of Terminal M solo debutants, as we welcome Slovenian DJ / Producer, Tomy DeClerque. Throughout his youth, Tomy De Clerque witnessed at first hand the development of Slovenia's electronic dance scene. As techno artists such as Umek and Valentino Kanzyani found global recognition and the country's club scene thrived, it presented the perfect opportunity for a young DeClerque to ride the wave. His first foray into the world of production came alongside his long-time friend Zox. Together they had early successes with "My Desire" and "Music Makes Me Happy". The latter being licensed to a number of compilations, was also selected by Pete Tong as the Essential New Tune on his BBC radio show. DeClerque was to take a break from the hectic DJ and producer lifestyle. On his return, it was time to head out solo. His early work for Circle Music, Sprout and Jesus Loved You, brought him much attention and, over the past two years, he has rapidly built a strong following with his work for labels including 1605, Hell Yeah, Heat Flow and more... 2009 saw him first appear onTerminal M on the much coveted "Reason Revealed" EP, alongside Umek and remixed by our very own Monika Kruse. Today Tomy returns with his debut, solo release "Funny Man". A contrasting tale of heavy beats, grinding percussion, and immense groove. The track surprises the floor, with its looped vocal hook and accordion riff. Before melding both sets of sounds together to create a stunning and smile inducing number. Label chief Kruse steps up once again. This time alongside Terminal M regular Erman Erim. Together they create a deeper take, bringing the accordion riff to the forefront together with the original vocal loop. Less beats, more bass is order of the day here. Tomy's second original "Ma Fren Iz A Drama" is a real treat. Its stripped approach is the winning ingredient. Layering its bouncing riff, with handclaps, shakers and tribal toms, the track trips along, and is only broken by its excellent snare-and-cymbal battle of a breakdown.re.