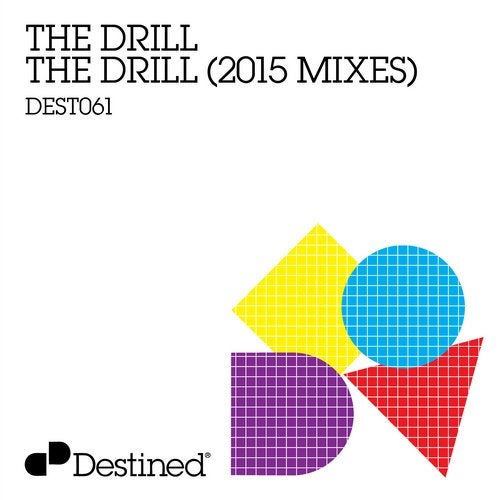 One of Destined Records biggest tracks finds its way back onto current dance floors around the world. The chart topping The Drill track got remastered and loaded with a pompous remix pack for a late 2015 re-release!

UK based producer and artist Matt Schwartz, known for his work on Massive Attack, Selah Sue, Ne-Yo, Dragonette and his countless dance hits under several guises such as DADA, 4tune500, Deepest Blue and MBlack has written and produced The Drill in 2004 and has now recruited NERVO & DBN for two monstrous remixes.

Electronic dance musics first sisters - Mim and Liv of NERVO - have catapulted The Drill back onto centre stage. The three and a half minute jaunt smears echoed vocal snippets into the corners between punctuating synths and roaring bass frequencies, while the subtle effects set the trippy mood. Skillfully placed dynamic drops ensure exhilarated hands-in-air moments.

The DBN trio boost the energy levels with a high-stepping groove. They add a heady dose of muscle and menace to their raving rework, though the originals luxuriant qualities are still present in the main melody. Again its all about the epic drops, or as DBN puts it: Crank it up!