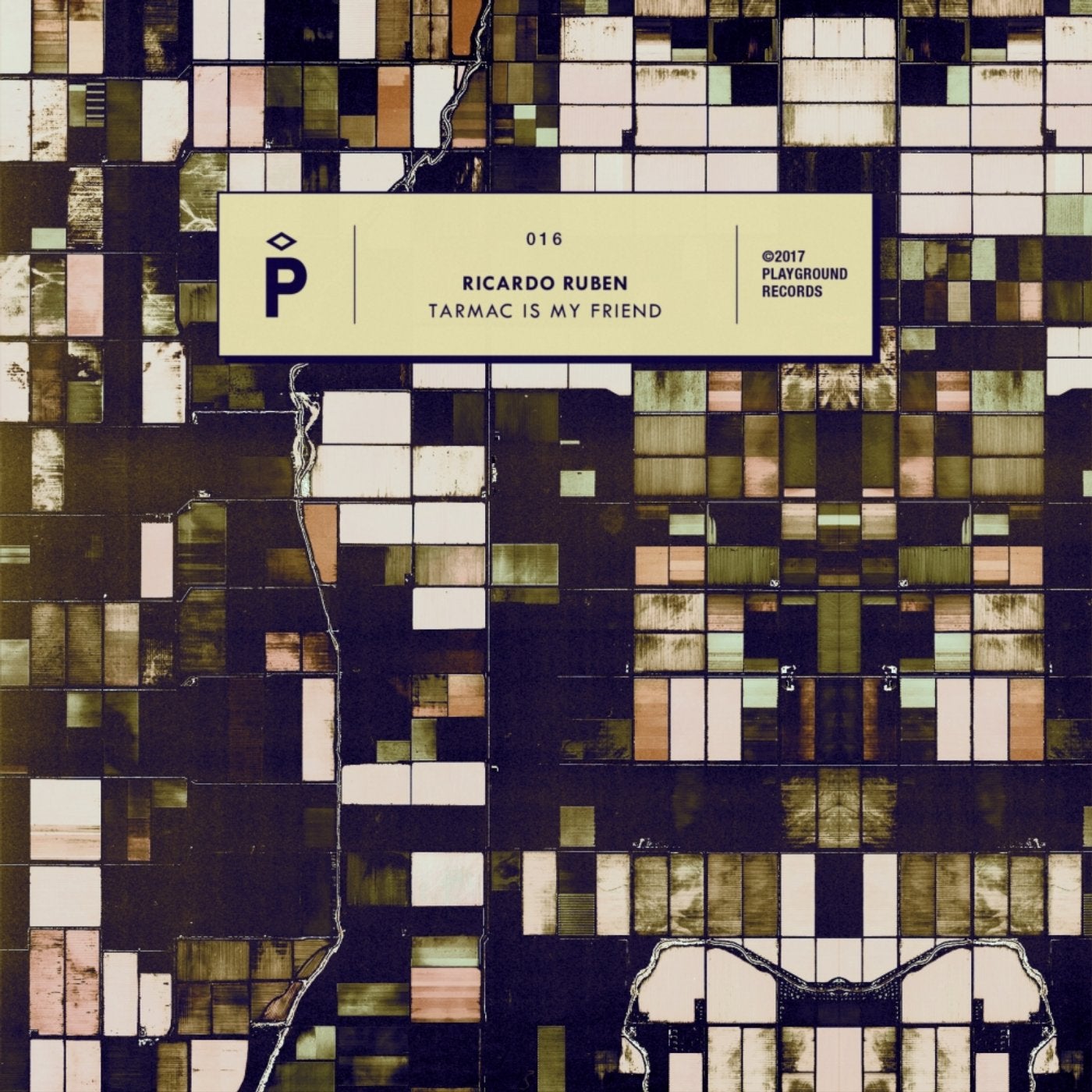 Playground's first 2018 launch brings up a new interstellar trip from one of our crew. Julian « Chichi » Fleker puts his helmet back on to ride the ship of his project Ricardo Ruben and offer his second delivery for the label, with the EP Tarmac Is My Friend.

If this reference hasn't much to do with real tarmac, the rhythms of this proposal are built with the same strength and effort as a huge avenue a new government would inaugurate. This avenue does lead us quickly towards a faraway galaxy to meet Tarmac, a friend that Chichi wants to introduce us on this occasion, and a legendary figure of a very singular Buenos Aires, which in this case is spatially recreated by Fleker's peculiar mind, the very same one that created inventions as « Arnold Dolcheneguer » or « Aibinbad ».

« Alo Tarmac », the introductory track on which we take off, shows once more his former works as a drummer, always starting from a dense and viscous rhythm, raising the vessel as nimble as a rocket. This time, new elements are included in the journey, including an arpeggio that seems to simulate interplanetary conversation, rapidly taking us out of orbit.

« Holy Jet » is proof that we won't travel alone. M accompanies a second proposal, darker and more frenetic, like a mysterious copilot. His surrounding voice helps create the sensation that we left the comfort of home lightyears ago, through the piece of a monologue by the twisted North American comedian George Carlin.

At this stage, Tarmac is our friend already, but a friend with more personalities than the ones we met in the first half of the EP. Los Fugazzi, a duo from Guadalajara whose sound goes from disco to techno, show us a different take on this conversation, in which Tarmac seems to tell us more nuances of who he is. There can be more light into him than we can see.

And also darkness. His simplest and most sinister side appears from the hand of Chilean producer Guerra, another debutant artist in Playground, who strips « Holy Jet » off to his purest essence, ending the journey with the evidence that in this parallel galaxy, Ricardo Rubén also can be naughty, very naughty.

Tarmac Is My Friend