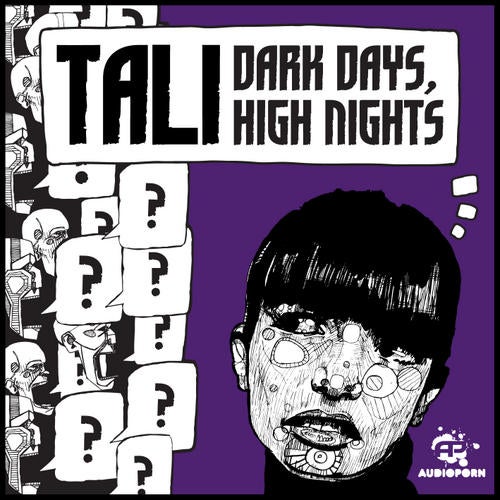 MC, songwriter, global superstar and one of only a handful of female artists to take on the male dominated world of drum and bass and not only win respect but to continue to carve a path for the next wave of female artists, Tali is an inspirational innovator whose live performances and incredible body of recorded works mark her out as one the most original and exciting talents in dance music today.

Having originally got her break by MCing into Roni Sizes ear in packed club, Tali has gone on to conquer not only drum and bass (winning Best Female MC at the national drum and bass awards every year since 2008) but also the charts (with Lyric On My Lip hitting the top 40, earning her a slot on Jo Whileys live lounge). Without doubt one of the most recognisable voices in DnB, her talents have taken her on countless world tours playing on every continent, from sweaty backrooms to arenas and festivalsHer sophomore album, Dark Days, High Nights showcases not only the higher BPMs that made her name, but having honed her skills in multi genre sets over the last few years, also showcases Talis lyrical dexterity across the tempo range. The production is handled by a roll call of Talis favourite producers from around the world, and with a contacts book as strong as Talis, its no surprise that the collaborators on part one of the album include heavy A-List hitters such as Shimon, Benny Page and Ed Rush alongside the creme of the new school such as Dirtyphonics, Dodge & Fuski and SKisM.

In addition, part two of Dark Days, High Nights showcases live acoustic reinterpretations of seven of the tracks from the album, with the stripped back reworkings showing not only the raw soul and versatility of Talis voice, but also the strength of the songs themselves. This addition to the main album was recorded alongside More Like Trees, Christoph Bauschinger, Collette Warren and Amari MC with production overseen my Ram Trilogy legend Ant Miles.The album is released on Shimons much hyped AudioPorn Records, which after little over 10 releases, has become one of the most talked about labels in drum and bass, dubstep and beyond with releases from the likes of Camo & Krooked, Dirtyphonics, Xilent, Shimon, Ram Trilogy and of course Tali herself. Dark Days, High Nights is available to download from 19th September on AudioPorn.