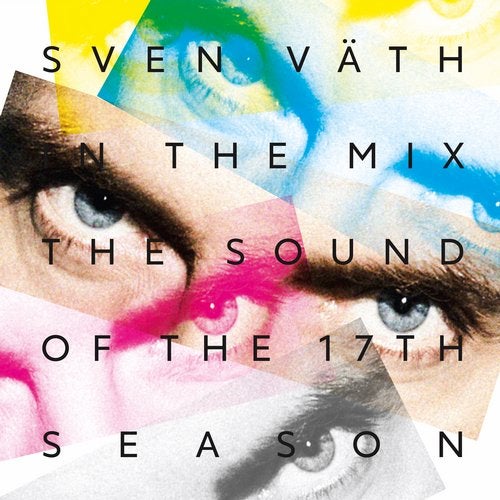 Within electronic music Sven Väth represents more than a single style. Sven embodies the music as awhole, he cherishes every facet of Techno and House. Väth has experienced the music as it emergedin the mid-eighties. From this moment on, he has helped to shape it year after year. Väth producedseminal music, his labels created and create its very own unmistakable brand of music, he ran a cluband several booking agencies. Cocoon is a global identification mark for high quality parties andfestivals. Those are major achievements, but they are overshadowed by Väth DJing abilities. Like noone else, Väth manages to capture the current figuration of our beloved electronic dance music in itsentirety and melds it into a single, stirring story.In the summer 2016, Väth invited the global electronic music community to the Mediterranean island ofIbiza for the 17th time. Soft, friendly chords and bird chirps from Swedish producer Harald Björk woous to the dance floor. The kittenish hookline is open to any kind of playful swing, yet it follows thetender, springy groove with the self-assuredness of a dream walker. Väth weaves Ripperton´s uprightbeats into the track, using suggestive, mysterious reverberations of a distant, graceful melody. With itsdelicacy, it captivates our attention becoming more and more decisive and insistent with everyiteration. Melting the rhythms of Reggae and House together, Rhauder absorbs this very special moodof composed ease with an unique groove, and develops it further with an attentive, cautious voice ofPaul St. Hilaire. Kamran Sadeghi's fascinating synth hooks develop complex, space-grabbing shapesreminding of clouds as they change their shapes within seconds. The groove being able to structurethose intricacies without dwindling their richness. Alex & Digby translate this colossal sonic drama intoa humorous, imaginative orchestra of rustling and chirping sounds. The track is grounded by abeautiful vocal magically jumping between something like an awe-inspiring prayer, a detachedmeditation or a childlike singalong.We do not understand the words, but we feel the deep self-awareness of this very special humanbeing. Väth pushes the firm bassline of Traumer into the track. Pulsating with an unexpected timing,Traumer´s bass positions the set firmly on the dancefloor. But it is not time to take off. Not just yet.With the gentle piano chords and the luscious house groove of Omar S from Detroit, Väth reaches amagical Zen moment. With John FM´s vocal, a charming love song lightens up for a brief moment.Eddie Fowlkes translates this sense of longing into imaginative, rich Fusion Jazz developing a strangepoetry. Christopher Rau contrasts this appreciation for elegance with a determined bass drum,centering the mix again. Finally Väth plays a track of his own, the gracefully innocent and downrightfunny electro pop of "Electrica Salsa" from 1986. Remixer Roman Flugel uses futuristic, crystal-clearsounds, simultaneously revealing the modernity of the track and its striking wit. With Väth doing hislegendary Baba Baba chant we are getting ready to reach the destination of the first stage of ourjourney. Väth led us carefully into the night, employing a richness of sounds and emotions rarely heardbefore. He plays the final track by Pantha du Prince. The electro pop of the '80s resonates in this trackas well. As Väth's offhand humor is transformed into detached thoughtfulness, Flugel's agile soundsdissolve into a slow drift.The first part of "The Sound of the 17th Season" guided us into the night, now we are ready for arelease of energy and passion. Levon Vincent does not even need a bass drum for an electrifying,sweeping piece of House Music. With a deeply pulsating bassline and an over-the-top organ soloRedshape manages to be even more thrilling. Hot City Orchestra and André Galluzzi suspend thistremendous tension with an atmospheric techno track, rooting floating, fluttering echoes with serious,focused acid sounds. Adam Port merges the diverging energies into a single, pulsating synth pattern.Damian Lazarus and Kölsch release this straightforward flow with soulful melodies, a beautiful set ofstrings offering even deeper und richer emotional shades. Rendering this forthcoming, up-front temperinto nagging electro sounds, Margot condenses Kölsch's exuberance into a deep euphoria, it´s naïvefun reminding of "Electrica Salsa". Margot wobbling synths mutate unnoticeably into Danny Daze´sawing acid tracks. Creating another level of urgency Daze gets rid of all subtleties, drawing its energyentirely from the track itself, employing improbable changes in the pace of the groove.With the 1994 Progressive House milestone "Robot", Väth plays another track of his own. Techno,Ambient and Eletronica are fused in a complex structure of overlapping synth tracks. In his very special remix, Kölsch uses a grumbling, doggish synth pattern to anchor all the multifaceted sounds.With a gloomy, huge techno track, Slam exhibit another level of seriousness. But with the trustworthilywhispered words "I wanna take you there" this track has a charming side as well. Robert Hood picksup this tension between techno and soul and pushes it even further moving a short, filtered vocalsnippet through the stereo spectrum. With Bart Skills, Väth reaches his finale: the bass and basslineare complemented by the springy swing of the hookline like the dot on the I. The very specialJohannes Heil has siren-like winds flashing up abruptly. An instant later they are gone. Väth immerseshimself into the pure, rhythm-driven energy with Emmanuel's heavy, resonant synth tracks. Janglingstrings create an eeriness as an enthralling counterpart. Then it's time to say goodbye. With thelabyrinthine, trippy synthesizers of Konstantin Sibold Mutter, Väth manages to recollect no less thanthree motifs that led us through this amazing set: with its series of different chapters, Mutter reflectsthe DJ set as a journey of many episodes, each being so different that we are never able to anticipatewhat is coming next. The infinitely rich shades of the synthesizers reflect Väth's insatiable love forelectronic sounds. Last but not least, Konstantin Sibold's track is a tribute to Sven Väth's "Robot" andthe celebrated style of Väth´s legendary Harthouse label.

Sven Väth - The Sound Of The 17th Season