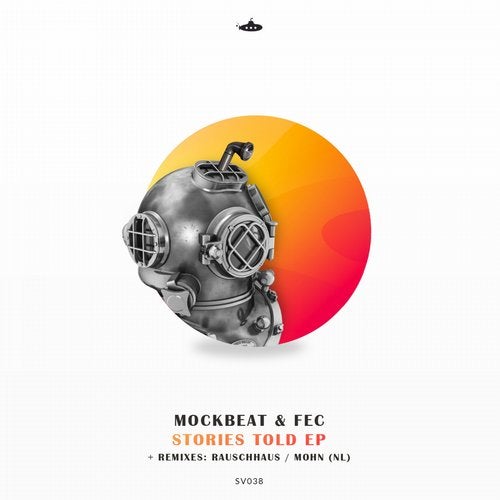 We are very excited to present you new release on Submarine Vibes, MockBeat is back on our imprint and this time He joins the forces with talented Mexican artist Fec who is also no stranger to our label.

Original version comes with specially co-written vocal parts by MockBeat for the track, which perfectly flows throughout the track accompanied with captivating arp sounds and solid drum grooves. Leaving it impossible not to fall in love with the sounds almost instantly.

After releasing his Ritual EP on Traum and remixing Third Son's track on Parquet Recordings as well as having release on Submarine, Rauschhaus is also making his comeback on our label with his marvellous remix of "Stories Told" where He shows extreme creativity delivering his own unique version of the track.


Second Remix comes from Mohn (NL) who is making his debut on Submarine Vibes, His tracks has been remixed by Oliver Schories and he has been part of the labels such as SOSO Hambur, Weiter, Manual etc. We are very excited to welcome him on our label with his remix of "Stories Told" He delivers Hefty version, with wonderfully constructed buildups and catchy vocal edits.

"Stories Told EP" is a truly interesting story that has been passionately and carefully crafted by MockBeat and Fec and we couldn't be excited enough to present you this EP.