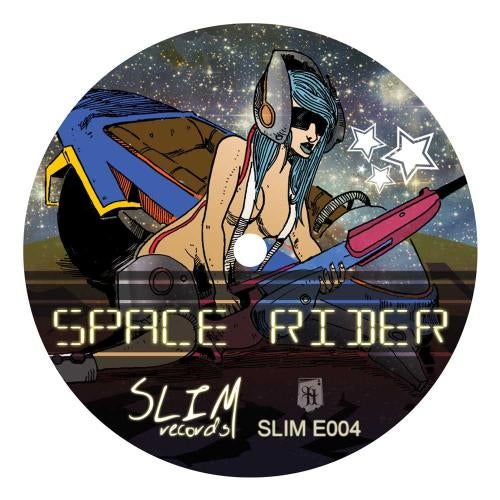 Duet of Swiss beatmakers best known for their studio collaborations with such superstars as Ludacris, Katy Perry and Lady Gaga, The Hiiters start their own race toward success with the release of Space Rider, an explosive EP drawn from their first album to come.

More than two million and half hits on MySpace. Swiss artists are not so many to claim such a prowess! The Hiiters can though. And they will sure take advantage of that unexpected buzz to build their own personal success, after having worked in the shade of such stars asAmanda Blank, Dolla, Pony Pony Run Run or Adam Joseph. A challenge, which will soon concretize through the release of an electrifying single entitled 'Space Rider'.

A brand which is obviously seductive, since that edgy track, in addition to have his cover decorated by a young promising comic designer named Kon, is also escorted by a suite of virtuoso remixes, respectively created by the Swiss DJ Spacebox 750, the New Yorker posse Radio Krome, the French techno master Mily and its Parisian homologue LaTourette. A veteran of the local scene and three great names from the international electro sphere for four tremendous reinterpretations, which brilliantly emphasize The Hiiters original creation, enhancing its best qualities and carrying it through unexplored universes, without ever altering its deep, fundamental frame. An amazing achievement, to discover by the end of the summer.