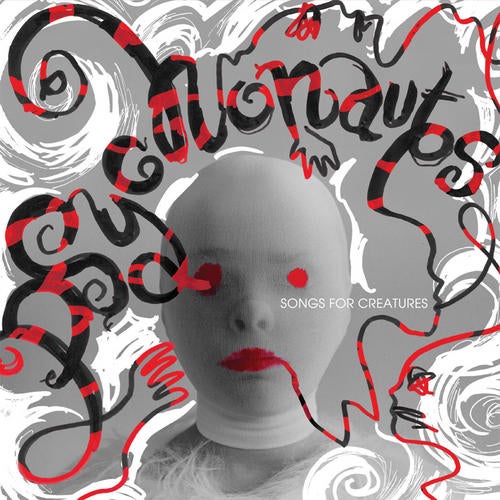 Wanting to understand how the music we loved was created, the never ending quest! Psychonauts October 2009
Like all good band stories ours begins with the quest. The artistic search for understanding is the key to originality. Artists from all walks will readily admit that often their most original work was conceived during the exploration of work from their inspirer. So when DJ Hell released his ubiquitously received Teufelswerk album there was a large question as to where such originality came from, in particular the Day portion of the double Album. In a conversation with the Psychonauts DJ Hell happily told how their debut album Songs For Creatures, had been a big inspiration, joining the likes of James Murphy and Unkle in open praise of the startlingly original album.
The Psychonauts are made up of Pablo Clement and Paul Mogg, whose quest began in Yeovil, Sommerset. Their formative years were spent crate digging for the original recordings of their favourite samples, be it Hop Hop or Pop, and then playing these records at their club night. The big jump forward was when we sent Tim Goldsworthy (DFA) a DJ mix tape we had done. Tim, an old Yeovil friend, was one half of James Lavelles UNKLE project. At the time they were both recording in LA with the Beastie Boys and our mix tape became their inspiration
During this period Unkle was part of the highly influential Mo Wax Records artist roster, where James Lavelle was also head of A&R. In no time he had moved the two to London, gave them a residency at his Dusted party and put them to the studio with Kudo from Major Force. We learnt so much working with Kudo and Tim Goldsworthy. This was how we came into music production. From these sessions came the single Hot Blood which served as a lynch pin for the album and a track James Murphy cited as a sonic reference for the 1st Rapture album.
By now the hype machine had kicked-in with remixes and DJ appearances impressing all and sundry and a rapidly building fan-base. Among this fan base was Alan Moulder and Flood, the infamous producers behind Londons world class Assault & Battery studio. The two veterans of music production invited the Psychonauts and Kudo to record and mix at their studio. The team set-about working on the album; 9 times out of 10 a song would start with a musical sample and a drum loop and we would start building with instruments or more samples. If we could not satisfy our needs with our primitive playing abilities we would call on friends to come over and jam on ideas until we got what we wanted. It was a similar process with all of the vocalist on the album, all good friends who we invited into the studio to jam on ideas.
Amongst the collaborators on Songs For Creatures you will find James Yorkstone,0 Siobhan Fahey from Swing Out Sister, Sam Graham known for her work with post punk, pre The Rapture legends, Gramme and Zeben Jameson, the lead singer from Mountain of One. Jim Abbiss, the man of several notable moments, pops up with mixing credits too, his most recent work including albums for Jack Penate and Adele!
Since making Songs For Creatures Pablo Clement joined James Lavelle as one half of Unkle. Paul Mogg relocated to Berlin where he jumped from project to project finally taking root with his latest outing as Boy Of Girl, which itself is born from a previous project introduced late 2007 on the DFA/Super Soul compilation. In the wake of successful albums such as Hells Teufelswerk and James Murphys 43:55 it felt time to release the record as originally intended. Restoring the lost recording of 'Wild In Your Eyes and then repackaging and re-mastering brings the album full circle.
We always felt like we missed the boat a little. Mo Wax fans were expecting a trip hop album and Disco was still a dirty word. Looking back it feels ahead of what was going on. One listen to the album in its entirety would leave any music lover leave hard pushed to argue with such a sentiment. The exuberance of two green Yeovillites with too much time on their hands, too many records and a little too much fame is as much fun as it sounds. From the funk drenched opener Circles the Kosmiche of Hips for Scotland featuring James Yorkston, the Italo arpeggios of Fear is Real, the Surf of Distance Between Dreams and finally to the album opus Take Control, which in the tradition of Hip Hop is all things at once whilst sounding like nothing else out there!