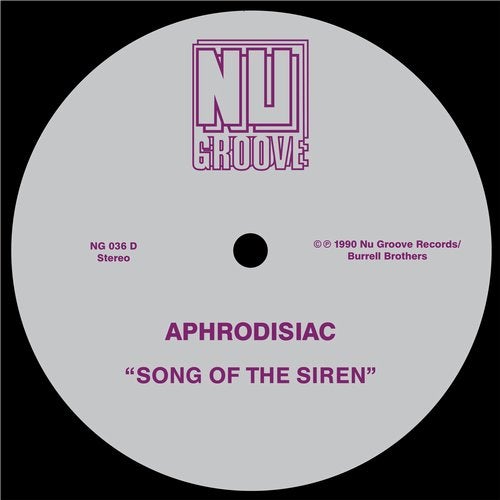 Nu Groove was one of the pioneering house music labels out of New York, originally active between 1988 and 1992, and its mark on the scene was to be felt for years to come. Originally set up by Karen and Frank Mendez as a vehicle for the Burrell twins, Rhano and Rheji, who were signed to Virgin at the time under the name Burrell, Nu Groove allowed them to explore the more underground and avant-garde nature of their musical minds. Nu Groove also became an outlet for many up and coming producers, including Kenny Dope, Bobby Konders, DJ Smash, Frankie Bones & Lennie Dee, Joey Negro and Joey Beltram to name but a few. They covered a variety of styles, from deep, jazzy and minimal house, through to soulful vocals, bumping grooves and jacking sample tracks, all a reflection of New York's house sound of the time. These releases fuelled the explosive dance scene of the late 80s and early 90s. Warehouse rave culture and UK pirate radio all relied heavily on Nu Groove's steady output of underground grooves to inspire a generation of house music lovers, dancers, DJ's and producers. Almost 30 years on, the spirit of this seminal New York label lives on.

Mesmerizing and hypnotic, 'Song Of The Siren' is an unforgettable Balearic wave of soothing deep house. Rhano Burrell takes us on a musical journey across the oceans, taking us deeper than we've ever been before. The sound of sea gulls and crashing waves echo out under the voice of a mysterious man, a prelude before introducing the enchanting siren's song which drifts over the 4/4 beat and repetitive synth of the Atlantic Mix. All three of the other mixes on the EP follow a similar path, whilst leading us on other ocean adventures over slightly different courses.


Aphrodisiac 'Song Of The Siren'

Song Of The Siren