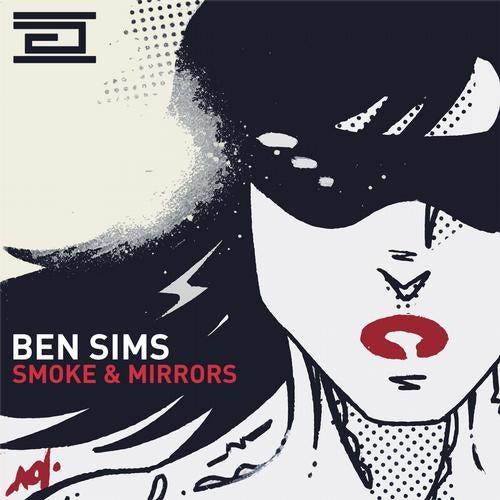 Late-October sees the long awaited release of Ben Sims' debut LP, Smoke & Mirrors, on Swedish techno imprint Drumcode. Having developed an impeccable reputation in the past twenty years since delving into the word of turntables and mixtapes at an early age, Sims can be called a genuine legend in the world of techno. As a producer he has remixed Jeff Mills, Chris Liebing, Adam Beyer and Kevin Saunderson as well as releasing on just about every seminal techno imprint there is. As an A&R he's been at the helm of nine labels, including the highly influential Ingoma and KB Records inc, and continues to steward Theory and Hardgroove towards the boxes of the discerning fans. Most recently the London-based producer has seen his Way Back Wednesday (with Tony Anderson), Funk You and occasional disco radio shows garner huge support while ploughing further energy into the futurist techno club night Machine alongside Kirk Degiorgio. It's with Sims' multitude of achievements and notoritey in mind that the knowledge that Smoke & Mirrors is his debut LP is somewhat unbelievable, but fact it is. After initially hooking up with Adam Beyer's Drumcode imprint late in 2010 after a long standing friendship, the affable and dry witted Sims was persuaded to deliver an LP and the lengthy writing and selection process began. The result is 11 superb productions which showcase Ben's talents, influences and perhaps most importantly, his vision of what techno can and should be. From the off Smoke & Mirrors is a technicolour affair that refuses to sit too comfortably into one groove, preferring to pull the listener through a range of vibes that, while disparate, flow together perfectly. As the album moves, snippets of new vibes bleed through before developing into themes and this is one of the brilliant elements of Smoke & Mirrors. The rousing and prophetically titled Riots in London opener leads us into a frenetic, dub-tinged and filter-driven aesthetic which is neatly carried on in Descent but subtly augmented with almost-there soulful vocal samples. This nod to soulful elements is then carried on in the less pacey, house referencing The Snake which fuses stabbing keys to a skipping beat which is as much New York as it is Detroit, London or Berlin. As Smoke & Mirrors develops, suprises like the out-and-out tech-funk of Back To The Pod and the street party disco of Can You Feel It? are hinted at but never lack surprise when dropped. The emphatic drive of the huge sounding I Wanna Go Back featuring Blake Baxter takes things back to techno territory and does so with real purpose while darker edged tracks such as the lethal Bullet and the late-night discordance of The Afterparty ramp up the tension. The twilight sections of Sims' debut are perfectly judged. The dubbed (and blissed) out title track lightens the mood before the slightly more aggressive but widescreen The Calling trips proceedings out in anticipation of the closer, the Tyree Cooper vocalled and aptly titled I Feel It Deep Smoke & Mirrors has been more than worth the wait. It's as balanced, entertaining, engaging and powerful as you would expect from such an artist as Ben Sims and, complete with artwork from Alan Oldham and collaborations from Blake Baxter and Tyree Cooper, is essential stuff.