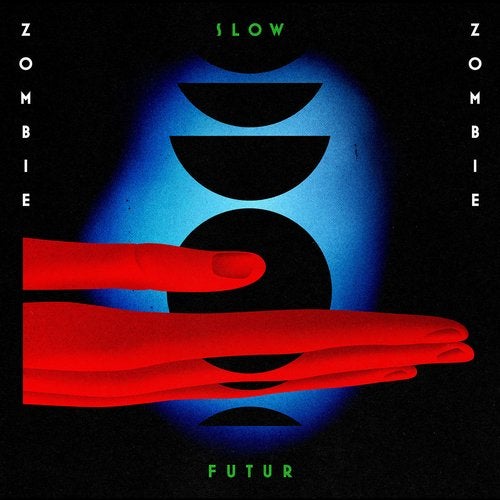 Slow Futur features two jugglers (Elsa Guérin and Martin Palisse) on a treadmill (8 x 2m) which carries them along a neon light installation which delimits the choreographic space as a kind of space-time tunnel: "the hyperspace". Their minimalist juggling practice - with 3 white balls each - plays with opposite movements like acceleration/immobility, synchronization/progressive transformation, and thus evokes a way of making the body face the inexorable passing of time. The music of Zombie Zombie, repetitive and floating, as a vector of the choreographic mechanic, mixes analog electronic sounds and acoustic rhythms that rise in intensity in order to bring the two jugglers into a frantic and hypnotic rush, whereas the treadmill submits their bodies to a movement independent of their will, so becoming an infernal machine. Between abstraction and representation of reality, Slow Futur questions the relationships between human beings, where the individualism caused by the modern world leads to loneliness, as the human condition is reduced to a simple machine which robotic movements are devoid of emotion. Elsa Guérin and Martin Palisse are not only renewing the image of todays circus but also continuing their research on the choreographic, dramatic and poetic potential of juggling. Instruments: modular synthesizers Buchla & Synthesizers.com, Synare 3, Six-Trak Sequencial Roland TR 808, OP1 Teenage Engineering, oscillators, Gretsch & Ludwig drums, percussions LP, rototoms, vibraphone, Korg and Boss Vocoder, Oto Bim & Ibanez EU 305 delay, Selmer alt sax... Recorded in April 2015 at Midlive Studios (former Vogue studios), Villetaneuse and mixed in June 2015 by Angy Laperdrix at Solaris Studio, Paris. Mastered by Stuart Hawkes at Metropolis, London. Cover concept : www.laboca.co.uk