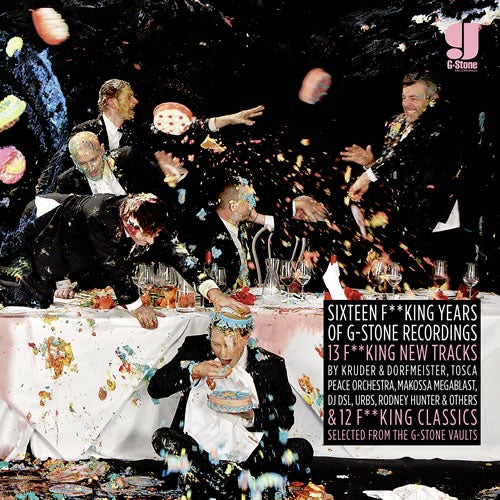 So it's been 16 years, has it? It has definitely been a while since Messieurs Kruder and Dorfmeister dared to rip off Richard Avedon and Elvis Presley in one seminal move, which is filed under G-Stone catalogue number 12 001. Well, they didn't exactly rip anyone off, they more appropriated it. And so G-Stone was born.

Smoke filled her eyes and out dubstepped a series of idiosyncratic artists that have never followed the various trends they allegedly instigated, never suited the pigeonholes eagerly applied by trainspotting media and were certainly never merely the site-specific phenomenon, implied by the constant evocation of 'Vienna' whenever the label's music is mentioned.

Instead, what you get with G-Stone is a bundle of talent that shares a common stance- a slow food movement of beat gourmets, more interested in a sustained quality of production than in prolific mass output, tending to rather work with people close to the heart than going for yet another faceless remix job.

Despite the paradox of the steadfastly forward-moving lush life sound of the label's founders' collaborations, G-Stone is host to a plethora of sensibilities going on all sorts of journeys into sound- from cinematic soundscapism and haunted scores of introspection to faux-Africain dances; from the ghosts of European pre-rave disco to the essence of hip hop beat culture via kinky but soulful love songs for the discerning dub dandy. There is the electronic friendliness of krautrock along with traces of bossa-tinged niceness next to cutting edge digi productions and ghetto tech-inspired rhythm onslaughts; there's serious drum and heavy bass next to silly Austrian rap; there's odes to the sublime, to sex and to soccer.

G-Stone to the bone – a feeling like being under the influence of a soft drug that induces a lasting and clear-headed euphoria, a vaccine against the soulless musical trash and plain angsty or merely hysterical laptop-pop and meaninglessness that so often dominates the