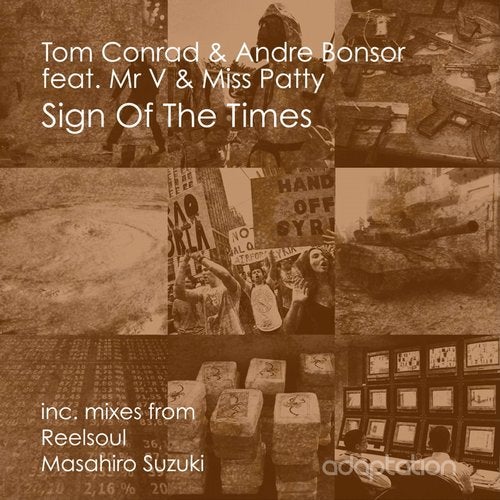 Tom and Andre have previously done several remixes for Adaptation Music and now team up once again for the first of several forthcoming projects this winter. The last couple of years has seen the duo remix for various labels as well as releasing EPs and singles with legendary U.S west coast label Seasons Recordings and premier European label Bonzai Music. Both have already released individual projects on Adaptation, Tom with 'Vimana', 'So Happy', 'The One' & 'Shine' and Andre with the fantastic 'Elements Of Nature EP'.

Mr V a.k.a. Victor Font has been co-owner of U.S label Sole Channel Music alongside Alix Alvarez for the last decade and first shot to prominence with 'Jus Dance' on Vega Records after linking up with the legendary Louie Vega of Masters At Work. Several more big hits on Vega Records followed, such as 'Da Bump' and 'Put Your Drink Down' and later formed part of his successful album 'Welcome Home'. A man of many talents, Mr V 's hip-house vocals are just part of his repertoire, having began as a producer and remixer even before his vocal successes. An extensive back catalogue boasts releases on the likes of Strictly Rhythm, NRK, Soul Heaven, OM Records and many more. His vocal sidekick, Miss Patty has shared in some of Mr V's biggest releases to date such as 'Da Bump' and 'In Da Club', both of which were licensed to Defected Records, as well as releasing her own singles on Mr V's label.