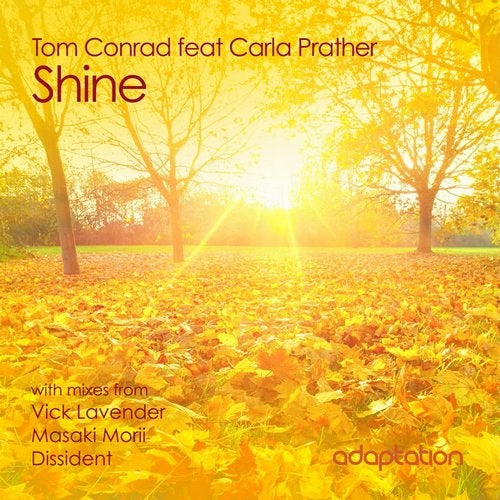 Tom Conrad follows up releases on Seasons Recordings and Bonzai Music with his first full vocal release in two years, the summer sounds of 'Shine' featuring the vocal talents of U.S based Carla Prather and backed up by some heavyweight remixes.

'Shine' has already earned the plaudits of being 'Pick Of The Week' on the Spirit Of House website and has received big support from Metro FM, YFM, Tillate Magazine, Harlem FM and various other radio stations and media outlets. This release heralds the start of a busy summer for both Tom and partner in crime Andre Bonsor, with several releases on the way on Adaptation Music, Sophisticado Recordings and Green Martian.