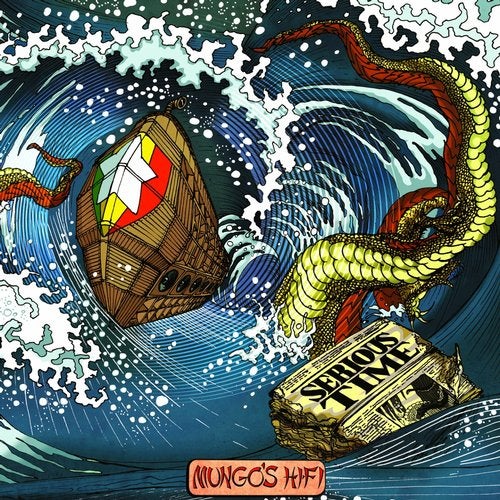 It's time to test your bassbins with the biggest and bestest new smashers from
soundsystem champions Mungo's Hi Fi. Their third double LP arrives hot on the
heels of their massive collaborations with Major Lazer and Prince Fatty and
showcases all aspects of soundsystem bizness, from Studio One style live brass
to digital bass bangers all beautifully threaded together.
As well as the fat, clean productions you would expect, the album hosts vocal
talent by the ton. With reggae heavyweights Cornel Campbell and Peter Metro
rubbing shoulders with Mungo's regulars Mr Williamz, Soom T, Charlie P, YT,
Marina P, Solo Banton and Parly B. As if that was not enough there are
spectacular guest appearances from Blackout JA, Speng Bond, Pupajim and
Warrior Queen.
Elen G's cover artwork shows the soundsystem ship tossed on heavy seas with
tentacles threatening to take it under - serious times indeed. Open it to catch a
glimpse of the session inside the ship, riding out the storm.