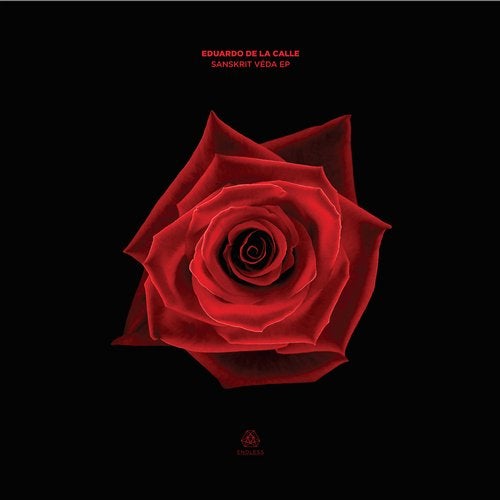 Following on from the sublime debut EP from All Is Well, Luca Bacchetti is proud to present Eduardo De LA Calles Sanskrit Vèda EP as the Madrid-born artists drops a scintillating three-track EP of hypnotic techno on the ENDLESS imprint.

The artist who has issued music on Cadenza, Mule and his own label Analog Solutions, created the Sanskrit Veda EP while producing from his ashram home set among the mountainous area of Malaga. Little surprise the tracks should take on a particular transcendental vibe, as Eduardo spins gloriously otherworldly techno across four timeless creations.

Downwards to Vasudeva is eye-rolling bliss, the kind of cut thats tailor-made for lose-yourself dancefloor sessions in a warehouse setting, the undulating acid-tinged synths creating a glorious wall of sound. On The Maya Hands heightens the pleasure senses with delicious creeping melodies coating a pitter patter of drums, while metallic synth stabs dance add mid-range layered effect. Narada Das is bubbling dream-like techno, suspended atmosphere and a touch of African flavor. The EP is round out with Desiree, which is seven minutes of organic grooves and soothing elongated synth notes to brings the listener back to earth after the heady heights of its predecessors.

"Eduardo De La Calle is an incredible find. Of course I already knew his work, but in the last two years I have grown to love his sound. He is very sensitive both as a producer and above all as a human being. This sensitivity permeates his music with its singular atmospheres. The music, just like him, is special. He will be release a four-track EP out on Endless in the autumn. The whole EP is a masterpiece! Narada Das is an ENDLESS journey, pure bliss! - Luca Bacchetti