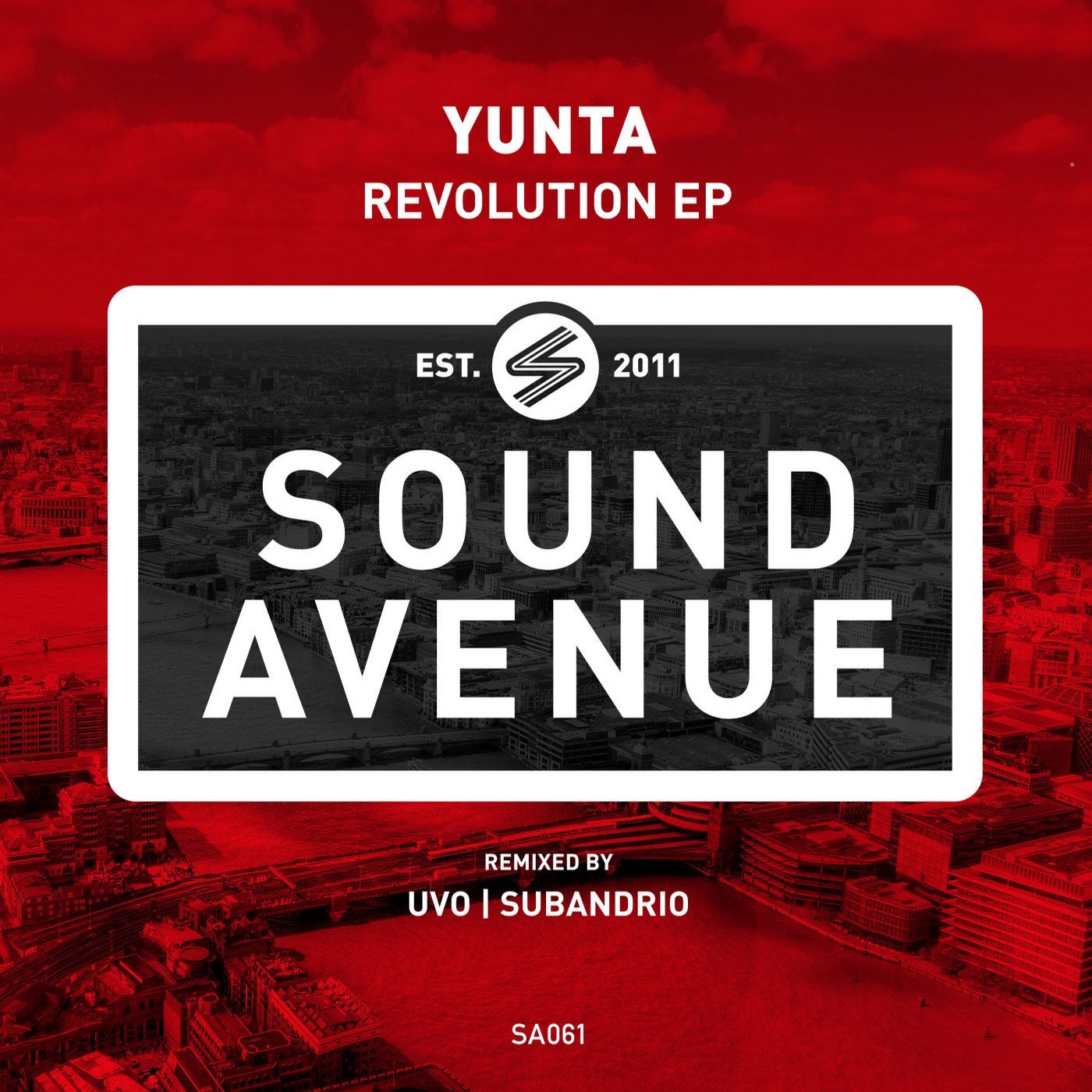 The 61st release on Sound Avenue welcomes Yunta back to the label for a brand new EP. Christophe Chantzis and Erik Vanspauwen make up the Yunta production duo and were instrumental during the labels formative years. The Belgian duo's 'Mindstroke' and 'Perpetuum' were influential in shaping the imprint's sound over four years ago and now sit as label classics. Yunta have continued to be core artists on the Sound Avenue roster and as 2016 begins they present a brand new EP alongside remixes from Subandrio and Uvo.

The release gets underway with 'Narguile', which immediately draws you in with a contemporary approach and fresh design. Stark beats and  a wall of rolling bass set the tone, before electric accents and a modular lead light up the atmosphere.  Angelic pads add an air of hope before being washed away, eventually initiating the main break. Here intrigue on the lead grows as it continues its sonic evolution, with a stripped back portion of the groove building anticipation as a result. It's new school approach certainly doesn't lack ferocity and a full on finale makes it worthy of any peak time slot. A great start to the EP.

The lone interpretation of 'Narguile' is provided by Subandrio who is making his debut on Sound Avenue. Now residing back home in Sri Lanka (formerly Dubai), Subandrio caught the attention of the entire underground when his 'Fractured Moment' EP was released on Cid Inc's Replug Records in February of 2015. He went on to have an incredible year, being selected as one of the winner's in the Cid Inc. vs. Darin Epsilon remix competition, along with excellent productions for Balkan Connection and Hernan Cattaneo's Sudbeat Music. Now for his long awaited Sound Avenue debut Subandrio reworks 'Narguile' into a deep sonic storm. Anchored by a rumbling groove and rugged beats, a wealth of effects assaults your senses as the piece begins to take shape. Ethereal vocal hooks along with granular designs make for a heavy first act, ultimately leading to an intense main break. Long gaseous sweeps and billowing bass swells steal the air, before a rush of  white noise reignites the groove for a huge moment and massive conclusion.

The EP's second original 'Revolution' finds Yunta crafting a tough-minded progressive house cut with great dance floor sensibility. Beginning with a meaty kick,  thick slabs of bass and an electric stab it carries an amazing presence early. Bubbly motifs build a melodic storyboard while thematic vocal stabs pierce the air. Angelic pads then initiate the tracks centrepiece where the kaleidoscopic melodies paint a lovely sonic collage. An expertly executed moment of tension brings the groove back with a boisterous sweep and billowing growl. It makes for a powerful conclusion and rounds out two incredible productions from the Belgian duo.

The lone interpretation of 'Revolution' is provided by Uvo who is making his second appearance on the label. The Mexican producer made his debut on the Belgian imprint just two months ago with 'Until The End', now widely regarded as his career best work. The Intemporal label boss has put his own unique twist on 'Revolution' and it's complemented the original wonderfully. With a deeper, darker and more contemporary approach Uvo effortlessly twists the electronics into a drummy techno inspired beast. Following an intense first act, the main break proves to be one of many highlights, with a dimly lit hypnotic drawl filled with sonic decay. A tension filled trail of keys reignites the groove with a bevy of bass swells making for an unforgettable re-entry. A monster remix from Uvo which finishes the release off perfectly and gets Sound Avenue's 2016 campaign off to a great start.