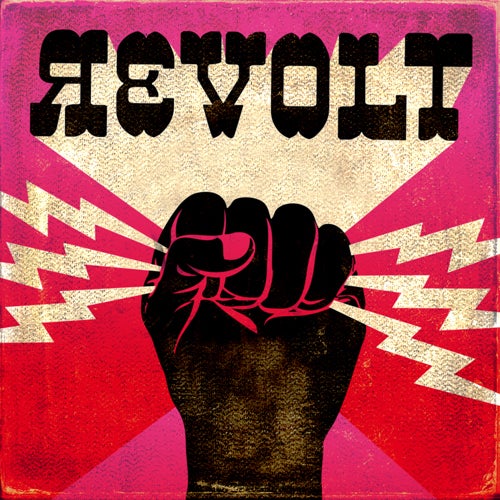 "German producer duo Alec Chizhik and Markus Mehta delivered two outstanding peak time tech - house tracks for Electronic Petz: ‘Revolt Part 1’ – ‘Revolt Part 2’. Both mixes are Mastered by maestro Martin Eyerer. As always the artwork was created by the Italian designer collective Real DC. Related Artist Links: www.myspace.com/markusmehta - www.myspace.com/alecchizhik MARKUS MEHTA Biography Markus Mehta was born and raised in Munich Germany. At a very early age it became clear to him that music would play a major role in his life. Markus says, “I knew I wanted to be a DJ since I was 14 years old. I admired the powerful effect music can have on people, and of course I had a burning desire to share music I loved with others!” Markus has been rocking parties around the world for over a decade now. Personal invitations by Sven Vaeth & Christian Smith prove he is well respected for his refined sensibilities and excellent ability to read any dance floor. His vision has always been to present party people with an eclectic musical selection; something different from the drab and mundane. Markus’ sets are upfront & deep at the same time, with a nasty injection of sex and funk - specifically designed to drive the vibe through the roof. In addition to his busy international DJ schedule, a major priority for Markus has been the production of forward-thinking dance music. Markus‘ collaboration with Stephan Riedel “Absorbed In Thought“ (Exun) made the charts of techno luminaries like Laurent Garnier and DJ Rolando. In August 2004 “Overseas” (Circle) was released and included astonishing remixes by Paul Brtschitsch and Shalako. The follow-up release, titled “Obsessions“ (Circle), arrived in stores in late 2006 with remixes by Stryke and DJ Kered. Bryan Zentz featured “Overseas“ on his hard-hitting “Monoid“ mix cd and Hernan Cattaneo licensed “Obsessions” for the “Sequential” mix compilation (Renaissance). In late 2007 Markus teamed up with friend Alec Chizhik to deliver the deep but driving “Transit EP“ on Headtunes, one of America's finest labels for modern Tech-House. A couple of months later Markus and Alec released “Compass“ on Belgiums Punk'ID. Carrying a warm old school lead hook, a nice array of percussion, and some classy samples, “Compass“ has quickly found its way into many hearts. One year later Markus signed his track ""India"" to the illustrious Great Stuff label, the track was released as part of the ""Great Summer Games Stuff"" compilation. Always pushing outward, Markus Mehta also conducts the media and event promotion cooperative, Electronic Soul. The company’s modus operandi has been promoting special events and handling bookings for a variety of globally established djs as well as fresh Munich talent. Electronic Soul is also established as a service bureau for other sorts of concept design and music industry consulting. 2009 is proofing to be one of the busiest years in a while for Markus. He was already touring as part of the ""5 Years Of Great Stuff World Tour"" and just finished a handful of gigs with techno legend Derrick May. In the beginning of May Markus played his debut show at the celebrated Berghain club in Berlin. He rocked the main room with an well received extended four hour set. Links www.myspace.com/markusmehta - www.electronic-soul.com ALEC CHIZHIK Biography Alec Chizhik was born in Moscow in 1982 and raised by a family of musicians. At the age of five Alec began his musical education. In 1991 his family moved to Germany and Alec continued to pursue his musical studies. In the summer of 2005 he graduated with honours with a music degree from the University of Munich. Alec’s first exposure to electronic music was in 1994. He was drawn to popular styles like Detroit-Techno, Progressive and Tech-House. Michael Jackson and early Hip Hop productions also had been a major inspiration for Alec. His music has been released on labels such as Circle, Plastic City and Exun. Alec has also recently remixed ""In My Bed"" from Amy Winehouse for Universal Music. Links www.myspace.com/alecchizhik - www.electronic-soul.com"