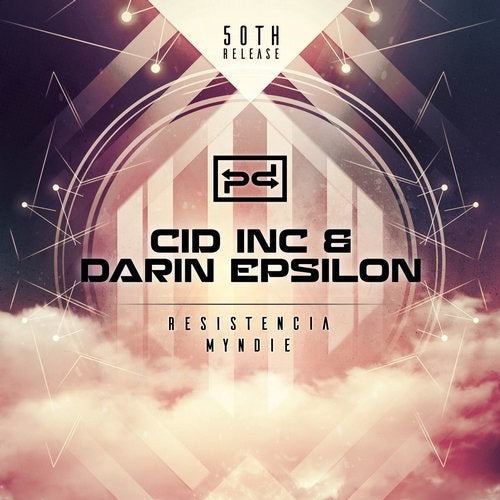 Perspectives Digital is excited to announce the 50th release featuring a collaboration between label boss Darin Epsilon and prolific producer Cid Inc from Finland.  The two highly respected artists have collaborated on a multitude of universally praised projects, including their 'Outliers' release in 2015, which launched the label's first Beatport Play remix contest.

More recently, the duo achieved monumental success with their remix of 'Auralphase' by Robert Babicz, which charted in Beatport's Top 100 Techno Tracks for 50 consecutive days!  On the brink of their next DJ tour spanning from Canada to South America, they team up once again to bring us 'Resistencia' and 'Myndie' for this milestone release.

The first track 'Resistencia' was inspired from Darin and Cid's performances in northeast Argentina. This track evokes the vibrancy and love from the city it was named after. 'Resistencia' is an uplifting journey that takes flight with warm and lush pads weaving into radiant chord progressions.

On the flip side is 'Myndie', a name which stuck with Cid Inc after his performance at the Rainbow Serpent festival earlier this year.  In Aboriginal Australian culture, the mythological rainbow serpent is considered to be either the giver of life or cause of great destruction, and is one of the oldest continuing religious beliefs in the world.  Creating a rumbling energy and nefarious vibe with its hard kick, shuffling highs, and mechanical sounds, the track will surely be a formidable force on the dancefloor.