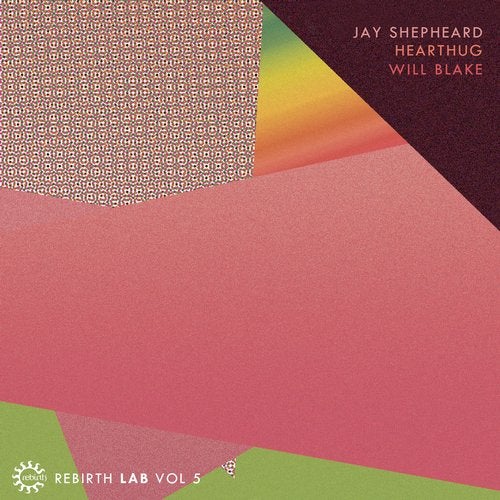 Rebirth Records presents the fifth volume of the Rebirth Lab series, introducing three brand new artists with three different tracks. The Volume 5 features Jay Shepheard, HearThuG and Will Blake.
With a steady stream of releases starting back in 2007 Jay Shepheard is an established and well recognised staple of the scene. He has released on a diverse range of labels including Diynamic, Pets Recordings, Freerange, Poker Flat, Nothing Is Real as well as his own respected Retrofit imprint. Nominated for best Deep House and Nu Disco artist in the Beatport awards, Jay also played many of the worlds most respected venues including Fabric, Panorama Bar, Secretsundaze and Boiler Room. Tried and tested in the last few months and always causing a stir on the danceflloor, Touch Tone combines a groovy beat with a driving percussion, a deep bass and a soul vocal harmony.

28-year old Tunisian DJ and producer HearThuG is an artist with a weird sensibility and outer space love for music, making small steps in a huge world. He started working in the studio with H.O.S.H. In 2012 Producing a track for the Stranjjur Imprint and followed releases on labels like My Favorite Robot, Audiomatique and Sincopat. Drunk in love is a distinctive track, with shimmering vibes, repeating hypnotic chord stab (burbling synth melodies) and and gooey sub bass. Surely a producer to watch for the future.

Will Blake is an Italian producer and DJ. He began his career in the late 90s playing in the best clubs in Milan. Tapes, samplers, drum machines, analog synthesizers and his love for the old school techno scene mark his music world. He is also the founder of the duo BLAKE Inc. and made his debut in 2017 on the cult label TRAX Records. Fil Rouge is a beautiful slow number driving you into outer space: a fusion between Detroit and ambient with a jazz feel !