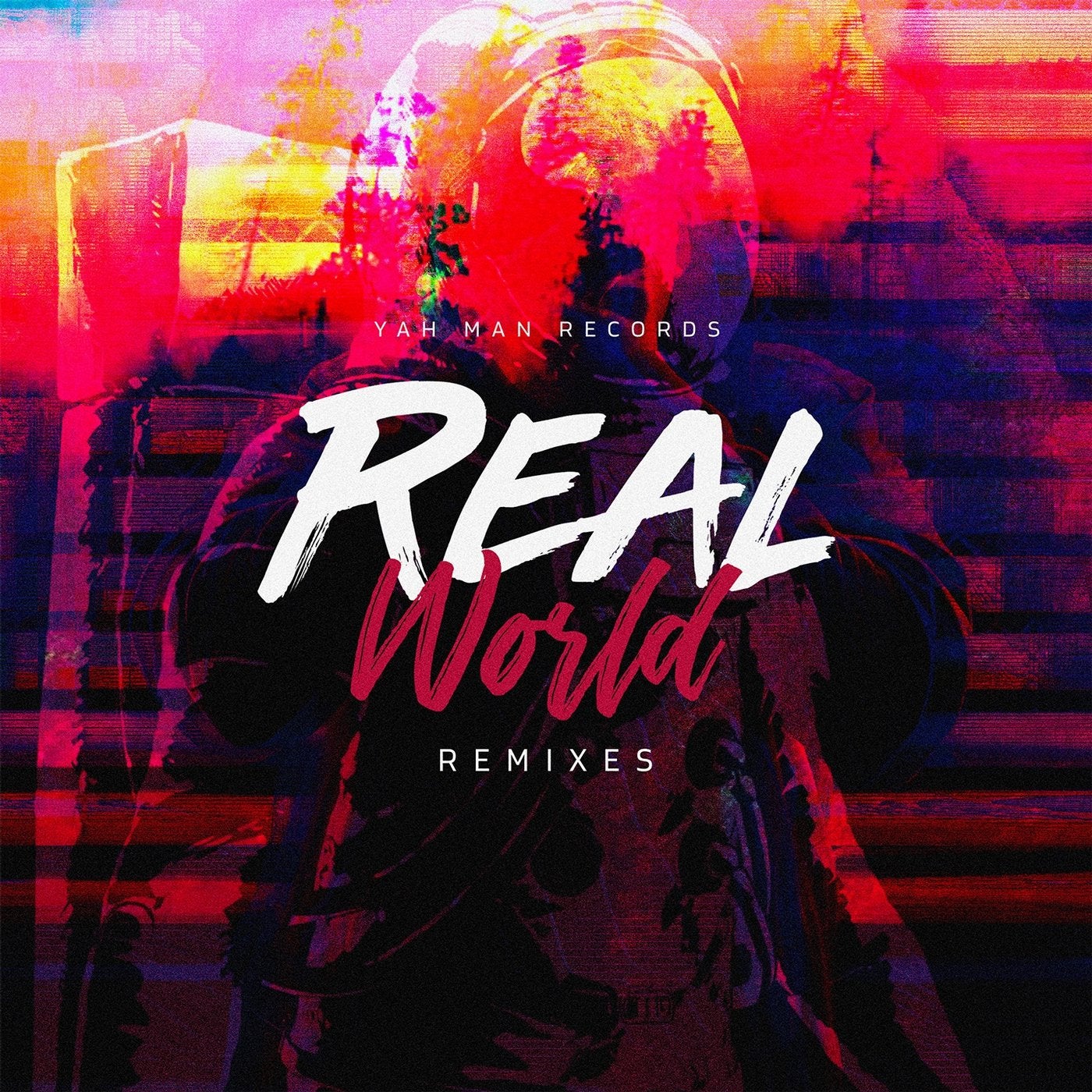 Yah Man Records is ready to announce his first Remix Album "Real World Remixes"
Available from 20th November exclusively on Beatport and from 11th December on all digital stores.

Produced by Morello Selecta for Yah Man Records,
this album contains 16 tracks.
Dj's, producers, musicians from all over the world and with different musical backgrounds will make you feel different emotions. Each of them express his own style by remixing the song "Real World" by the talented young singer Angela Garzia, produced by Morello Selecta and Robi Garruto, first released in September 2018 together with an extraordinary videoclip.

Controfase
Re-edit by the cryptic duo from Salento Controfase. This impressive remix brings with it melodic features, techno and deep synth. An incredible mix of sounds that will let you travel through time, filled with adrenaline.
Controfase is an italian project shrouded in secrecy and constantly evolving.

Yungg Trip
The californian Dj and producer Yungg Trip with his creative Future Dancehall Remix, it immediately makes you want to dance on this unique style full of futuristic sounds.

Keanu Rhodes
The 23-year-old boy from the Black Sea Coast in Russia surprise us all with a Tropical House version getting the 3rd place in Real World Remix Contest.

Beatton
Even if he's the headmaster of a school, this young russian boy from Khabarovsk still finds time to dedicate to music. His gorgeous remix in EDM style gets the 4th place in Real World Remix Contest.

Papa Leo
Guitarist and Dj for Sud Sound System, founder of the group Adriatic Sound and member of Richie Stephens and the Ska Nation Band, with great experience in Italy and abroad, his remix is crisp and cheerful. It perfectly combines Dancehall and Caribbean sounds.

Kevin Moncado
This very young sicilian Dj and producer, with his emotional dance version of Real World, makes you want to think and dance at the same time.

From94
The 24-year-old Estonian guy gets 2nd place in Real World Remix Contest. His original House Funk way of interpreting the song is impressive.

Just4Deejays
A group of four guys (Sergio Datta, Maurizio De Stefani, Beppe Borgazzi, Kristian Rovier working together with Gio Damiani), immediately bring you on the dancefloor while listening to their remix, in a typical House atmosphere.

Petro D
Unstoppable musician with gypsy origin, born in Slovakia and grown up in a family of musicians. His remix surprises us with a funky rhythm and a R&B and Soul atmosphere, gaining 5th place in Real World Remix Contest.

Maestro Garofalo
Keyboarder of Sud Sound System and of the project Richie Stephens and the Ska Nation Band, gives us two different versions: one in a classic reggae style where nothing is left to chance with instruments merging in a unique and immersive harmony, the second one featuring a Lounge style with fancy arrangement, more complex and suitable for demanding listeners.

Yoki
Dj and producer from Bologna, with a career in radio, exhibitions and with a large list of productions on top of the charts of the most famous digital stores, his remix brings the listener in the Dance Music.

Fossa Drummer
Drummer of Sud Sound System from 2011 and of the international project Richie Stephens and the Ska Nation Band, boasting experiences on several important events in Italy and abroad, puts together in his version Reggae sounds and Dub elements, rich in Delay and with a powerful Bass Line.