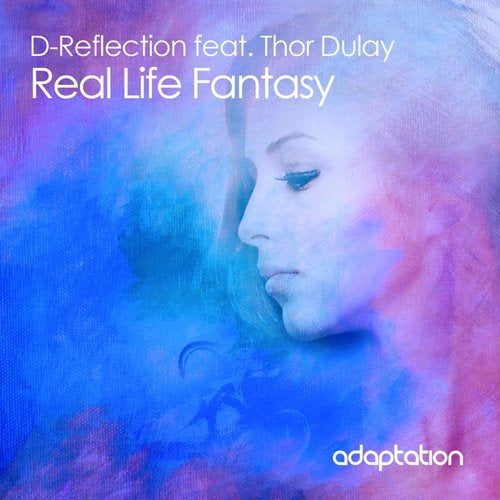 Adaptation Music's D-Reflection combines with award winning Philippines vocalist Thor Dulay with 'Real Life Fantasy', which is his first single with us in 2012 following on from the previous successes 'Wave Of Love', 'Happiness Is Taking Over' and 'Shoot From The Heart'. The red hot Detroit-esque '909 Reflection' is backed up by the straight up soulful and funky original mixes, the jackin 'Techjack' mixes and D's very own tribute to the legendary Naked Music which features a rhodes solo from JD73, who will be familar to followers of Z Records.
Since his debut appearance on Soulfuric records in 2007, D-Reflection has gone from strength to strength with remixes and productions for the likes of Blockhead Recordings, Hermosa, Panevino Music, Universe Media & more, with his Adaptation Music single 'Wave Of Love' reaching #7 top download on top house music download site Traxsource. Not only is D a talented producer, his skills as a DJ has seen him play in the U.K and Poland and hold down residencies in Amsterdam and at the annual ADE festival along with regular appearances on local and national radio in the Netherlands.
Vocalist Thor Dulay regularly plies his trade with The Satya Project who have been compared with jazz heavyweights Incognito. However, he has also won numerous accolades in his own right in the last few years, most namely Most Promising R&B Perfomer (twice), Best Movie Theme Song and Best Remake. His outstanding vocal talent does not go unnoticed on this release which is sure to be another sure-fire hit for the Dutch prodigy.