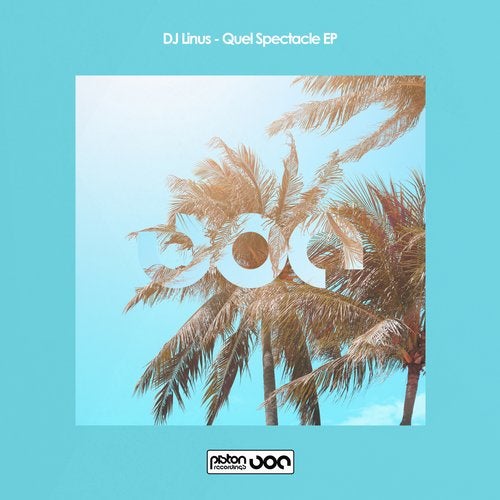 Hype
We welcome the legendary, multi-award winning, DJ Linus aka Stefan Dörflein to Piston Recordings with his debut, Quel Spectacle EP. Regarded as one of the very first House Music DJ's in Munich and in Germany, Linus has carved out his place in electronic dance music history, stamping his brand of quality on everything he touches. Starting out way back at the end of the 80's, it was the early 90's when he first started to grab attention as a prolific DJ, spinning the earliest house cuts in his home town. By 1994 he was putting out his own records as DJ Linus before adopting a few aliases such as Only The Basics and Vincent Vega as well as using his own name (Stefan Dörflein). He also joined other producers in collabs including Bassline Members, Dirlin Sun, Downtown Gigilos and Fanatic. In his early days and through the nineties, music had no borders, he delved into several different genres, but he is mostly known for his House exploits. In 1997, his solo album titled Fantasmagorique, was hailed as the first German House Music LP of its kind. Towards the end of the first millennium, he founded the now legendary Exun label, which put out a raft of top-notch 12" records up to 2007. He now runs his new label Sujet Musique, inspiring a new generation of artists and music lovers. He holds a residency Pacha (Munich) as well as the Palais Club and Izakaya. When he isn't on the decks or making beats, music is never far away. He works as a mastering engineer and as a lecturer for VibrA.DJ. It's a pleasure to have him on board at Piston.

The EP offers up 4 quality cuts, with a unique and diverse approach. The title track, Quel Spectacle, captivates with its exotic percussions, deep grooves and infectious vocal which makes it a definite floor mover. Riddim Lover turns out a solid old school flavour, thanks to a strong piano chord structure and dirty beats, one for the nostalgic heads right here. Nitty Gritty is a beautifully crafted, bright and organic slice. A quirky number with a raft of FX and cool vocals, a totally immersive groove, for sure. You Are My Sunshine rounds up the EP, in style. A hybrid vibe featuring a nod to the disco and early house eras, a bit of a proto-house creation. The beat is strong and the groove is solid, the perfect combo for dancefloor domination.