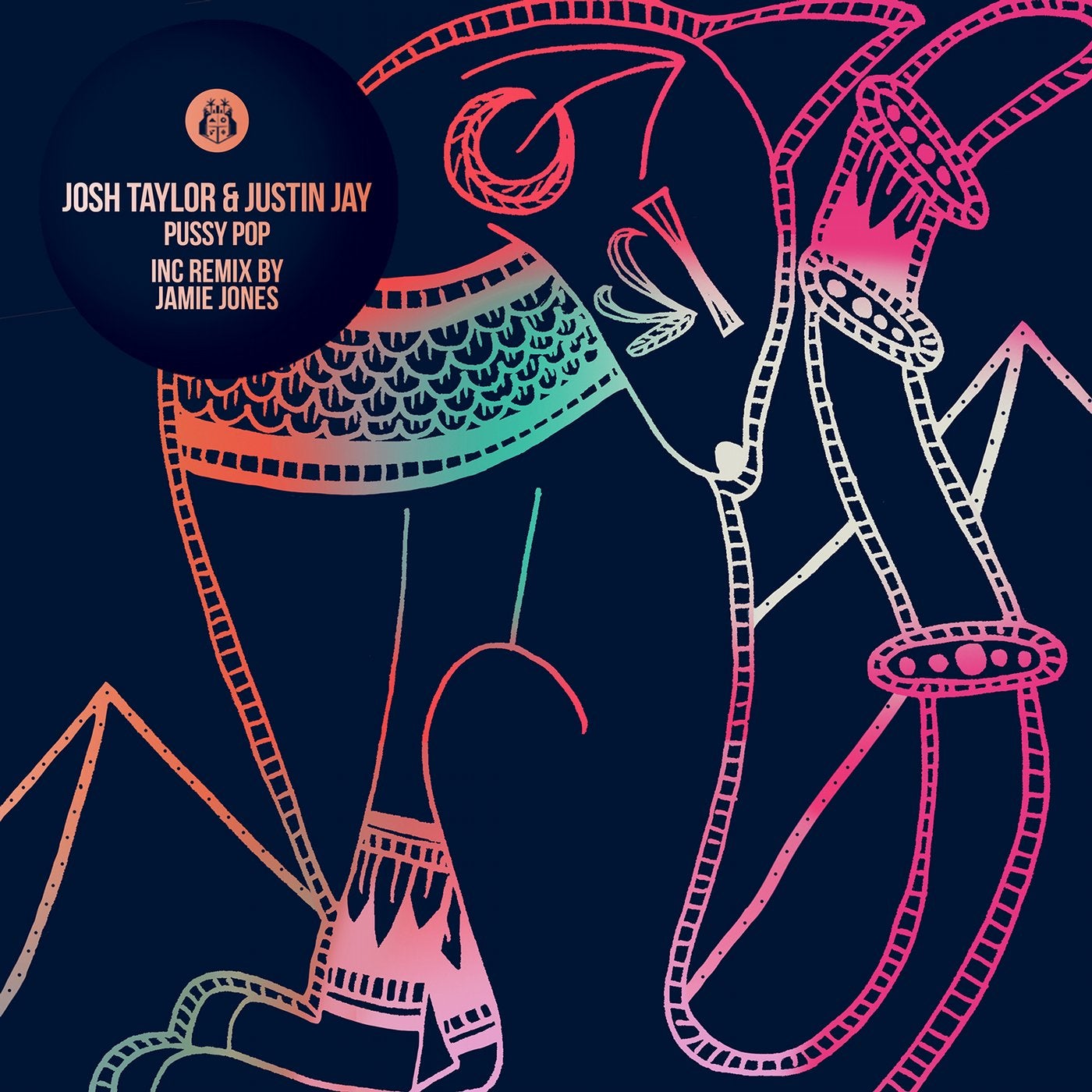 Next up with their debut release on Hot Creations' sister label Emerald City are former college roommates Josh Taylor and Justin Jay. An energetic track full of bounce and edgy samples, Pussy Pop is an ideal addition to the label's young venture. Bringing his signature dance floor rhythm, Jamie Jones has delivered high quality on the remix with a fun acompaniament to the original.

Josh Taylor began his musical career in his hometown of St Louis, Missouri. Starting out as an acoustic pop artist strumming at his ukulele and songwriting, his laid back attitude (and discovery of nightclubs) led him down a path of exploration through music genres. His unique approach to writing hooks and basslines is apparent across the board, from his band The Cozy Boys to his previous collaboration with Justin Jay on the exceptional Fantastic Voyage album.

In response to how the two of them came to collaborate, Justin answered "When we were roommates in college, Josh opened me up to the world of singing and songwriting through his jams on the ukulele while I started dragging him to clubs and warehouse parties. He inspired me to take a stab at my own singing/songwriting and I pushed him to try DJing/production."

The head of his own label Fantastic Voyage and one of the youngest producers to release on Dirtybird, Justin has already seen success that extends beyond his years. With an array of fruitful releases under his belt, the LA based producer/DJ has received support from the likes of Claude VonStroke and Disclosure, boasting "Future Star" recognition by the influential Pete Tong. Justin manifests his soul, funk and jazz routes in a forward-thinking manner that yields his unmistakable house tracks.