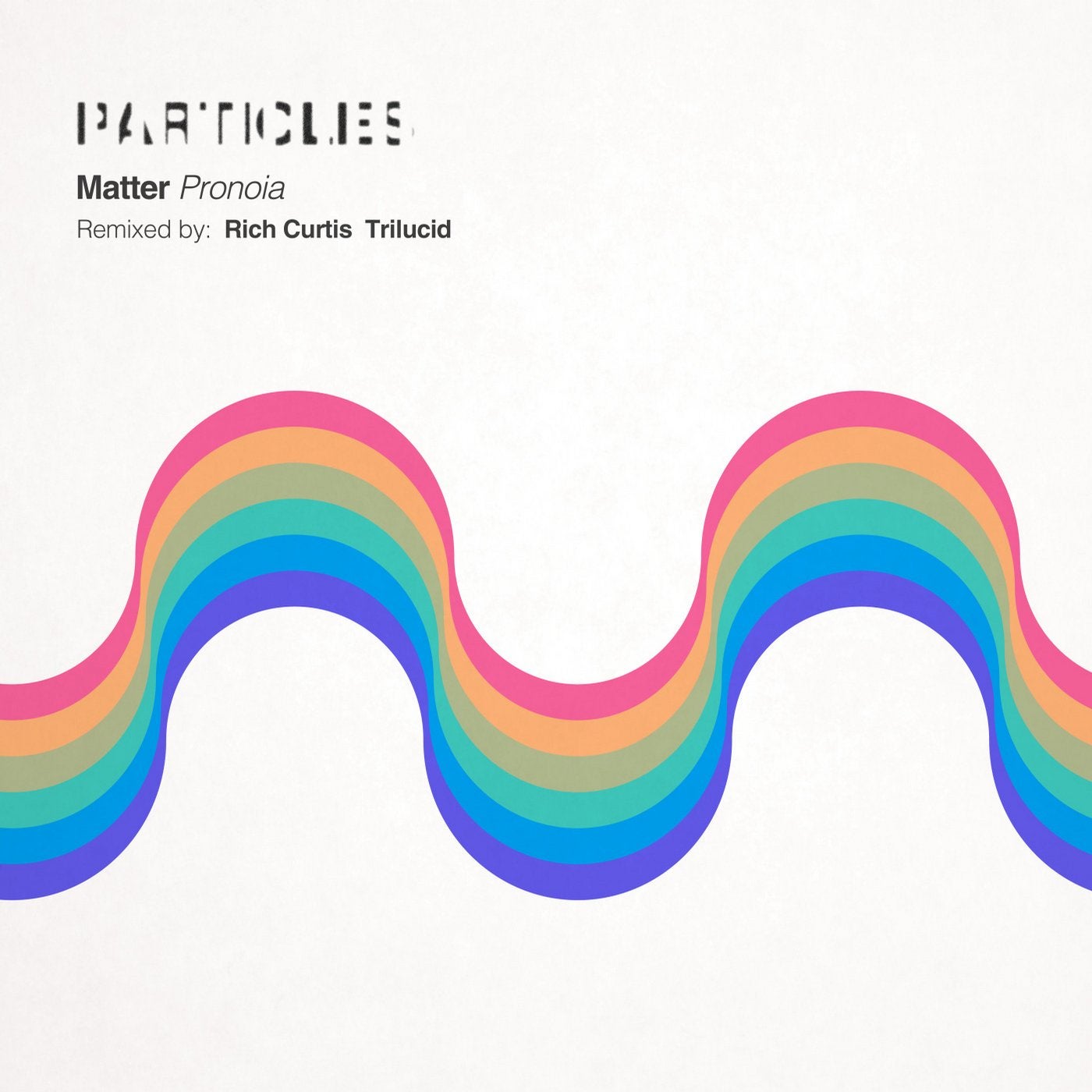 With a debut solo EP on Proton Music in the shape of December 2016's "Pronoia", Matter took another step up the ladder to the upper echelons of the underground dance scene. With subsequent remixes from Mononoid and Lanvary on the label, Particles now turns to Australia and the UK to continue the ride.

Rich Curtis is an artist with an enviable reputation within the underground dance fraternity. An esteemed club promoter, responsible for bring the likes of Hernan Cattaneo and Anthony Pappa to his Queensland home, Curtis' own appearances behind the decks have showcased a gift for crafting sets that keep dancefloors packed across his home country, South America and beyond. A producer of repute, Curtis has found his music allied to a plethora of high-calibre imprints. As such, Flow Vinyl Tulipa and Sudbeat have all played a part in the Australian's career development with the latter accounting for 2012's "Open Other End" EP and "The Ghost Writer" on 2014's "Sudbeats 2" compilation for the Cattaneo owned label. A regular on Proton Music with work that includes 2013's "Safety Thirst" EP and a 2016 remix of GMJ and Matter's "Atoms", Rich Curtis now follows up a quartet of remixes for Particles with a fifth.

Taking the essence of Matter's melodic themes, Curtis now extends their reach with a raft of additional production material in an interpretation of "Pronoia" that bristles with dynamic house groove and rippling arpeggio. Reaching their zenith in the third movement, a departure from Matter's original motifs sees a joyous house remix that is highly original and innovative.

Production pair, Andy MacDougall and Hilton Caswell, are artists with an impressive reputation to their names through their Trilucid pseudonym. Residents at Ministry of Sound's "Gallery" in London, provides a headline grabbing achievement that has seen the duo perform with a multitude of DJ superstars. With equally impressive production credentials, Caswell joined MacDougal's solo Trilucid project in 2013 and the duo have not looked back since. A portfolio that is thus the envy of any modern artist, the Trilucid name can be found on such leading imprints as Perfecto Black, Anjunabeats and Markus Schulz's Coldharbour Recordings. Supported by global icons that include Gareth Emery, Armin Van Buuren and Matt Darey, Trilucid continue to gain admirers with each subsequent release.

Making their Particles debut, the Trilucid remix is centred around a stunning bass groove that takes its lead from Matter's original and turns it into a dancefloor destroyer. As the shimmering pads from the original filter into aural range in a stripped back breakdown, the combination of bouncing bass line and immaculate house rhythm, combine in the third movement with delightful riff accompaniment, to create a work of genuine skill and technique.

With superlative new remixes from Rich Curtis and Trilucid, Matter continues to enlighten through "Pronoia".