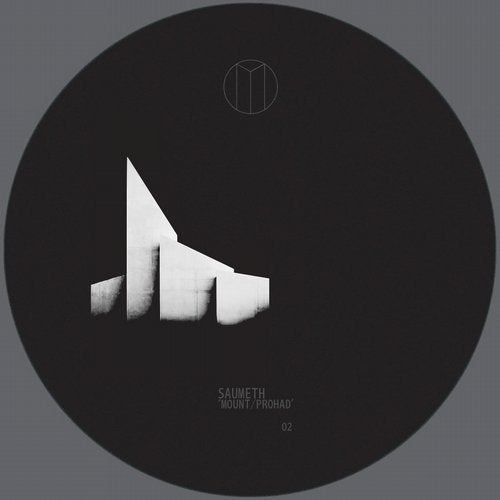 Triamb second instalment comes from Buenos Aires established live-performer and producer, Saumeth, who is pushing edge of boundaries with every new production as his Mount-Prohad ep proves.

It has to be said that every single track produced by Saumeth, is played and live recorded, not only showing his music skills when performing on real-time means, but proving himself as a notorious producer with strong attributes to produce quality pearls as an authentic fingerprint that shine by its own.

Driven from unstoppable techno beats with that fantastic analogue sound from Rolands 808 and 909, Saumeth brings a forward-moving gem aimed straight to make tension to the mix as Mount is. Hypnotic bass-lines built carefully over stomped techno beats, take us to a psychedelic dimension where elastic sounds layered by sick glitches and unexpected low cuts, bring together an epic atmosphere where time seems does not exist.

On the flip side Saumeth brings a more introspective version of Mount as A side, delivering a proper piece of track aimed to warm up the journey or keep the trip moving on in specialized techno Dj sets and rooms, followed by an absolutely tripping gem as Prohad is. Here Saumeth shows some of his well crafted space-techno concept, adding several instruments and fxs to a completely mad journey where acid-lines, broken techno beats, a series of sick percussive elements and evolving bass-lines, give your head a special brew in the night.