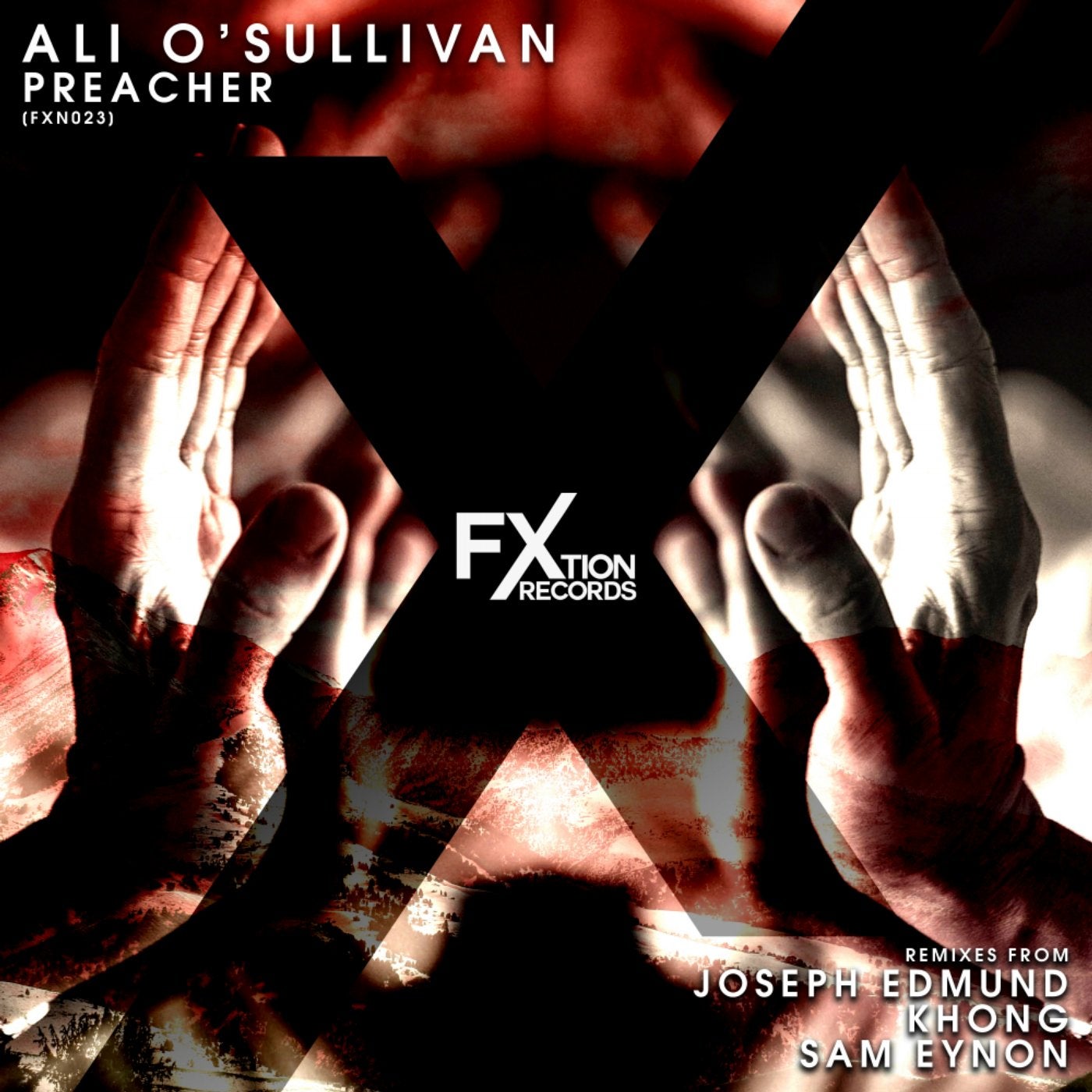 The next release on FXtion Records comes from Ali O'Sullivan, as he delivers his 'Preacher' EP with remixes from Joseph Edmund, Khong and Sam Eynon. Ali's back-catalogue includes the likes of Get Physical, Love Not Money, Hippies, Strictly Deep and more. He is joined by a selection of the finest up and coming talent the industry has to offer, making for a four-track offering that oozes with variety.

Opening the release, the title track 'Preacher' announces its arrival with punchy drum work and heaps of sass. Built around captivating soul-inspired vocals, groovy rhythm and a fetching bassline; it's a track that certainly sets the pace and offers a solid, reliable option if you're looking for a guaranteed vibe builder.

Next in line, rising starlet Joseph Edmund's remix follows more of a pacey route. Taking things up a notch with the tempo and putting a rolling tech spin on the original, Joseph elects to go with an essentially melodic adaptation which includes plenty of atmospheric suspense and intelligent use of FX.

Khong follows up with a vibrant remix. Full of funk and groove, his organic house influence gives the track a completely individual persona altogether; transforming it into a disco-inspired record with an impressive amount of clout behind it. Robust drum patterns and crystal clear percussive components complement a perfectly mixed bassline and give the track an immense level of oomph without it becoming overbearing.

Finally, Sam Enyon closes out the release with his remix. A far cry from its predecessors, Sam's impressive deep tech take on the original gives it a whole new lease of life. The track itself couldn't be any further from the original, yet still maintains a lot of the identifiable traits whilst rolling out a blissfully unique take on it. One for the later hours; loaded with dreamy chords, open spaces and lots of emotion.