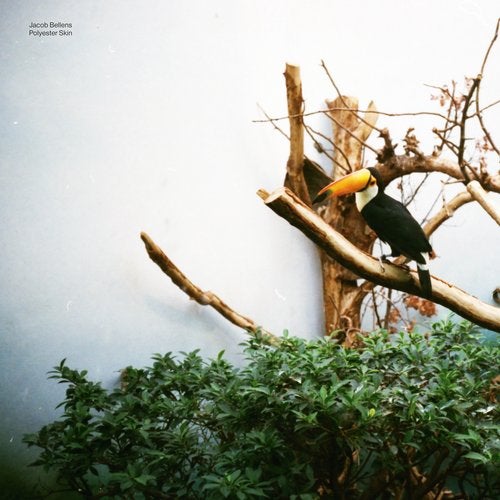 Jacob Bellens' new solo album Polyester Skin is set to amaze left-field pop enthusiasts and singer songwriter-fans alike. The locally celebrated and award winning singer songwriter Jacob Bellens is ready to release his first internationally signed solo album Polyester Skin through hfn Music.
Polyester Skin is a wonderful mix of heartfelt lyrics, crisp & modern pop productions alongside Jacob's signature vocals that never fails to captivate the listener.
As a household name in his native Denmark Jacob Bellens is no stranger to releasing albums and playing live. Jacob has released many albums with his own bands (Murder, I Got You on Tape and solo) alongside guest performances for other artists and he's played close to 500 shows. Fans of Jacob Bellens know how the music and lyrics of this humble and enigmatic artist crawls under your skin and leaves you moved and wanting for more. With Polyester Skin Jacob Bellens embarks on a new chapter in an already impressive career.
Polyester Skin came to life during the past two years in a close collaboration between Jacob and acclaimed Danish producer & DJ Kasper Bjorke. Jacob sent a ton of demos to Kasper who then selected which songs he felt were the strongest and the ones he could contribute best to production-wise. This is just the latest of many musical endeavours between the two; Jacob has been featured on vocals on several of Kasper's solo releases including 'Young Again' from the album Standing On Top Of Utopia (2010) and on 'Lose Yourself to Jenny' from Kasper's 2012-album Fool.
While the overall sonic impression of the album is electronic Polyester Skin also boasts an impressive lineup of guest musicians including Tomas Hoffding (WhoMadeWho), Jakob Hoyer (The Raveonettes, Trentemoller, Darkness Falls) and Nils Grondahl (Under Byen, Efterklang, Pinkunoizu).
The opener 'Tidal Wave' sets the mood of the album with an open and airy production backing lyrics that evolves around the pivotal line 'What is the point of having a guiding star if you wont listen'. The beats and synths - in Jacob's own words - 'have some kind of Vangelis/Chariots of Fire thing going on' which is more than hard to resist. One of Jacob Bellens' distinctive features is the almost Damon Albarn-esque musical diversity of his output. The heavy groove, synth-strings and especially the vocal-rhythm of 'Behind the Barricades' reveals Jacob Bellens longtime fascination with rap music while 'Raining Parachutes' has a caribbean feel to it, a musical style that's also been hinted at in Jacobs earlier work.
Polyester Skin features quite a few tracks whose shuffle-grooves and synth-roles pay homage to a certain flavour of 80s pop, as in the uptempo 'Ace of Spades' and the beautiful ballad 'Untouchable'. But don't let the seemingly lightweight synth-ingredients and crisp drum machines deceit you - the lyrical abundance of existential depth and intimate melancholy is omnipresent throughout Polyester Skin.
But there are no rules without exceptions and on key tracks like 'Back to You' and the title track 'Polyester Skin' we experience a new side of Jacob Bellens that proves he's more than capable of embracing the brighter sides of life in extremely groovy and catchy pop-songs.
Jacob Bellens' 3rd solo album is a playful and modern take on the artistic virtues that has made him into one of the most celebrated artists on Denmark's independent scene in the past decade.