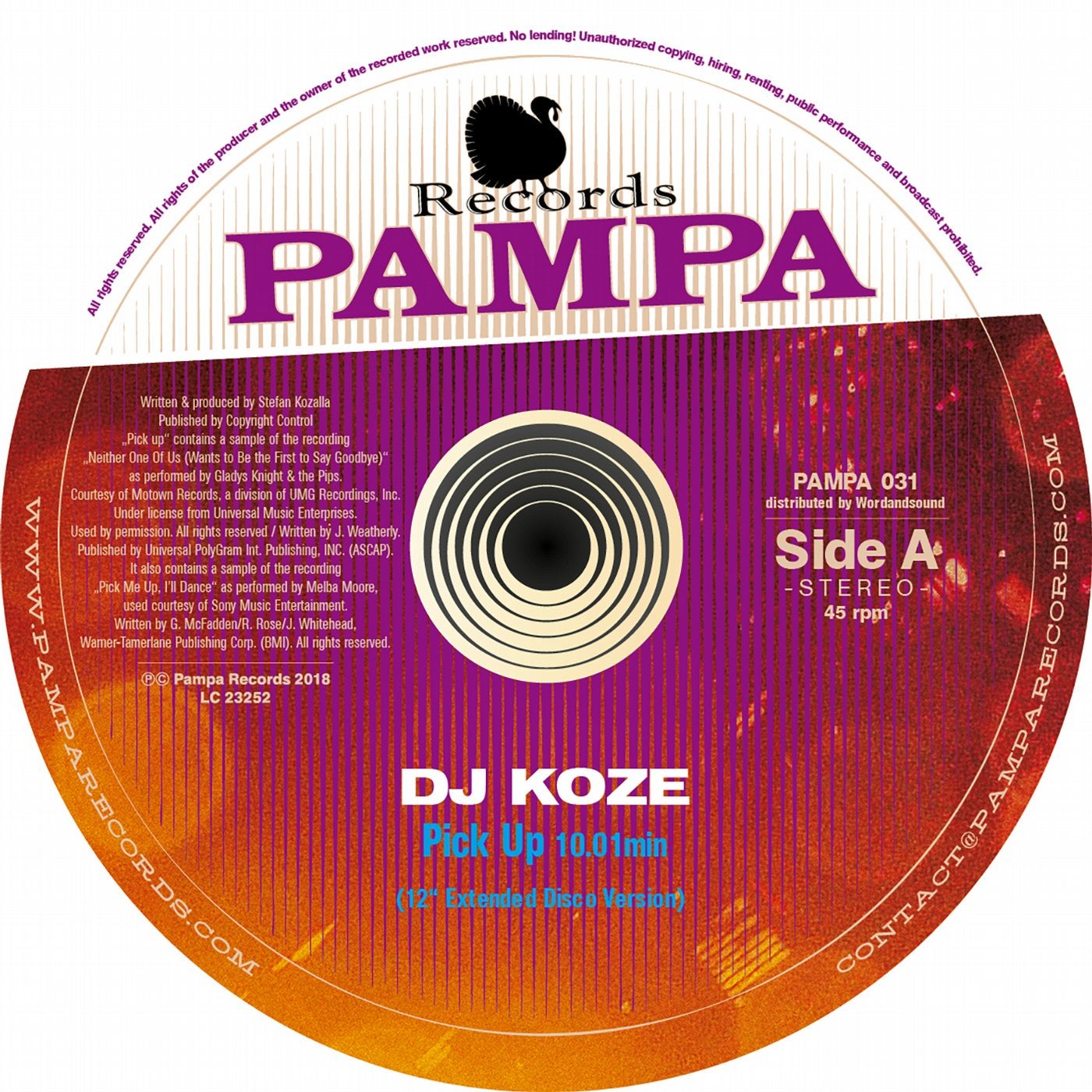 DJ Koze might be one of the world's best producers, but above all he's a DJ, and it's his DJ ear that governs. Just as in a great set, so with his releases: Seeing Aliens came out of nowhere, a big buzzing beast of a track, to announce that Koze was back on the scene and prime everyone for the coming album, knock knock. But now that Koze has your attention, it's time to remind everyone what's most important about club music, pull things back, take a turn to the left, and get deep into the groove. Thus Pick Up: the second single from knock knock is 100%% pure groove, doubly so in the extended 12 version. In a sense it's incredibly familiar it is essentially a filter disco record, very close to something you could imagine coming out of Paris around the turn of the millennium. But of course, this is Koze. Nothing is normal or familiar in his world, and he's taken this most foundational of clubland staples into new territory. Flipping samples of Gladys Knight & the Pips Neither One Of Us (Wants to Be the First to Say Goodbye) and Melba Moores Pick Me Up, Ill Dance, it creates something completely airborne, shot through with emotions such as gods must feel: not quite explicable to the human mind but strong enough to knock you off your feet. In its way it's absolutely as powerful as Seeing Aliens, but it comes in like the proverbial iron fist in a glove of velvet. The flip, a ten-minute new track, The Love Truck is a big contrast again. If Pick Up is giddy flight, The Love Truck is woozy floating. Its sharp, clicking percussion recalls 2000s minimal techno, but this time absolutely nothing is generic. The long, intense, on-and-off bass tones, the flickers of birdsong, the pure voices slipping in backwards as if from the future... it's all like the most blissful dream, and culminates in a coda so subtle yet so beautiful it's like ever time you've ever seen the sun rise and thought I never want this to end, all the while understanding deep down that the fleeting nature of the pleasure is also what give it its power. But of course, being created with that consummate DJ's ear, it's also full of the thrill of wondering what Koze has in store next.