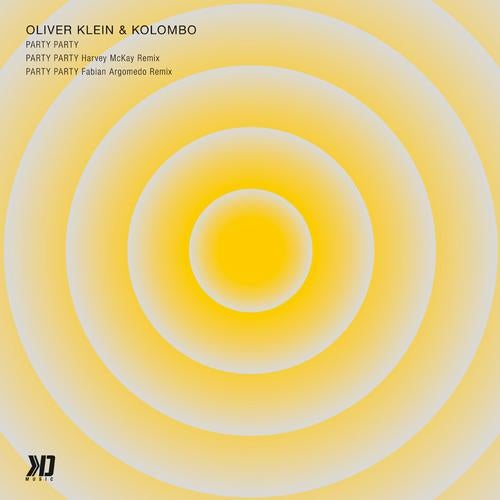 Oliver Klein is back again!
after his fabulous Album release on Kling Klong in 2011 he teamed up again with his mate Kolombo to present you some new tunes.

With PARTY PARTY they present a stunning minimalistic techno banger that we loved from the first second!


The remixes are done by 2 of the hottest youngster in the scene.
Harvey McKay and Fabian Argomedo.

Harvey is responsible for the techno site, the most people already should know him for his great releases on Drumcode, Soma, Saved and more. His Remix is a true techno monster made for the prime time. His sound is very charismatic and thats what we really like!


Fabian is a really nice guy, very down to earth and absolutely focused on his music! The man from Chile turned the Original into a techhouse smasher! He produced a hypnotic beat, bass, groove and combined them with the fantastic vocal snippets.
Mr. Argomedo has also just released a stunning remixed for Fatboy Slim & Riva Starr and had massive releases on label like Snatch, Takt Records, Monique Musique and many more.