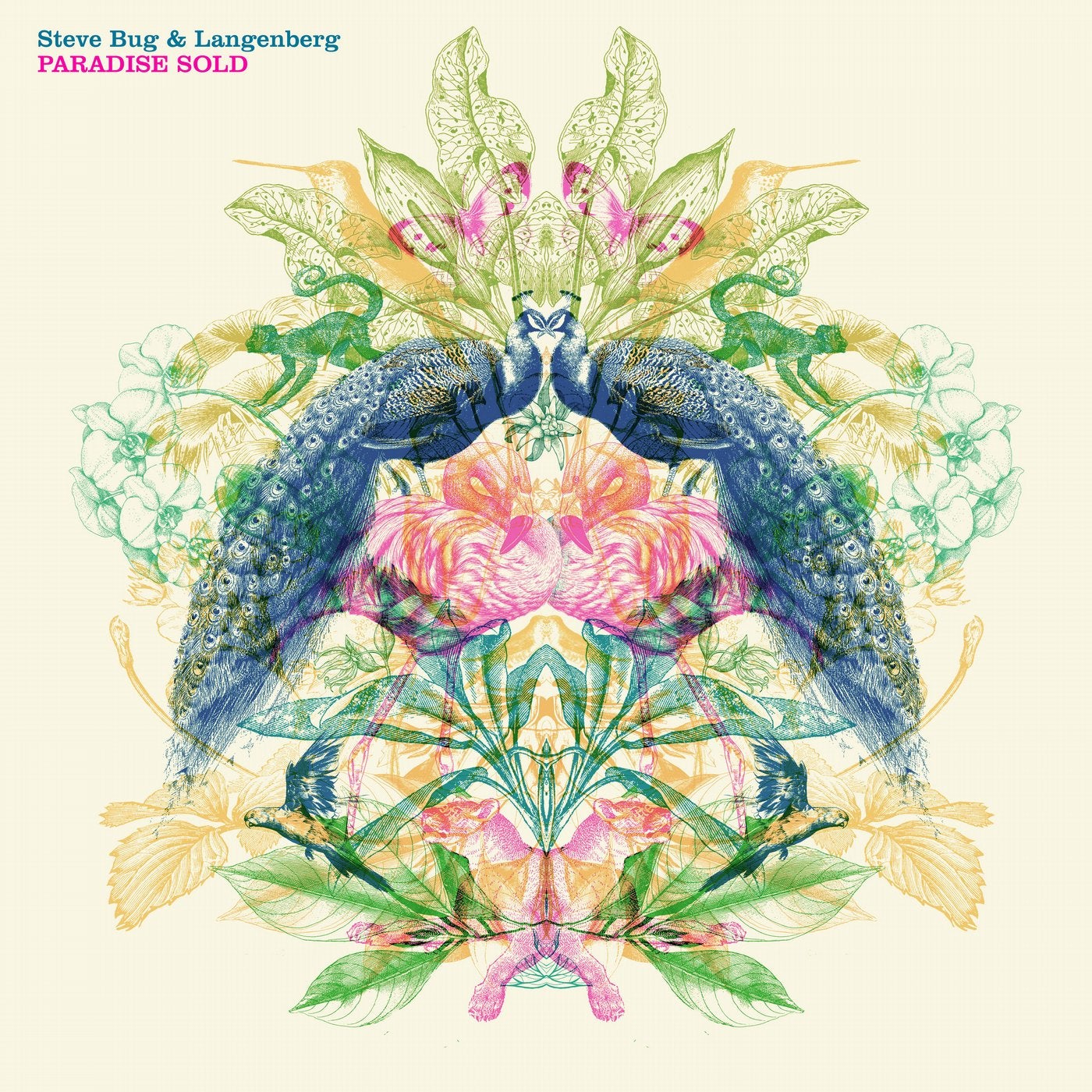 Exclusive
Following on from the well received Chord Cluster 12" from late 2017, the irresistible pairing of Steve Bug and Langenberg return with 'Paradise Sold' - a full ten track album of exquisitely crafted house music on Bug's own Poker Flat Recordings.

Neither Steve Bug nor Langenberg needs much introduction due to the sizeable contributions both have made in building the European house and techno scene as we know it. Bug's relentless commitment to quality - both in his own work and in the many producers he has championed - has made him one of electronic music's most revered artists and curators.

Langenberg aka Max Heesen is the deep guru of the German Deep House Scene. One half of the duo Ribn, he has released on labels like Drumpoet, STHLM Audio, Strax Leaves, Ovum and most notably on Dessous who put out his debut solo LP released in late 2016. Put these two dons in a studio together, and the results are truly special.

The album is a masterclass in house music production and came to life as a true collaborative work. "It feels great to work with Max and I don't know why we didn't get to work together earlier" says Steve Bug. "It feels very natural to be in the studio together and our two worlds match easily. I think I speak for the both of us, when I say, by combining forces we came up with tunes, that we wouldn't have created on our own."

"I really enjoyed the process of making this album", adds Langenberg. "We weren't just sending tracks back and forth over the internet. It was the two of us working together in the studio. It was interesting to experience how the tracks came to life. In the end all the tracks have both of our handwritings, but the final result has become bigger than just the sum of our individual input."

Paradise Sold is a hardware-heavy production, with the Moog Sub 37, Dave Smith Sequential Prophet 6, Studio Electronics Omega 8, Roland Juno 60, Juno 106, and TB 303 all used before the entire albums was mixed down with engineering legend turned producer Hannes Bieger at his studio to make use of his analog mixing gear.

'Senior Elfo' starts proceedings with a playful synth pattern, joined after not too long by one of those signature fully rounded kick drums that are nigh-on irresistible. Expansive in both its mood and pacing, it's a fittingly sumptuous record for the album opener. Next up 'NGC 6240' throws us a little deeper into the mix - a much harder edged outing with techy urgency and slick programming.

'Paper Stabs' continues the mood - deep and atmospheric, the track a testament to the precise use of limited elements creating a rich and varied result. Similarly 'Sleepwalker's Bridge' is constructed around an off-kilter rhythm that finds its space within the arrangement before settling into a spacey, dream-like exploration of dancefloor dynamics.

Changing gear slightly, and tipping the cap to the forefathers who went before, 'A Touch of Detroit' explores a harder-edged machine funk that echos the city's pivotal role in electronic music. The pads are restrained, while the bass and rhythm track hit all the right emotional buttons. Previously released on the debut 12" of this project, 'Chord Cluster' and 'The Teaze' are both exemplary cuts: the former a deep and emotive piece of house music and the latter a jubilant Chicago influenced groove, with both tracks having enrapturing dancers throughout the last few months.

'Search For Xur' showcases the depth both Bug and Langenberg are rightly renowned for, incorporating yet another groove that strips away at the fluff and gets down to the business of making people dance. Deep squelches of bass punctuate the track, while the arpeggiated top line keeps the mind focussed and feet ably catered for. 'Late Harvest' features the first recognisable vocals of the whole album: a cut up and sampled stab embedded in the groove. The vibe is open and warm, while the wandering synth melody is subtly trippy, guiding us home after the preceding journey.