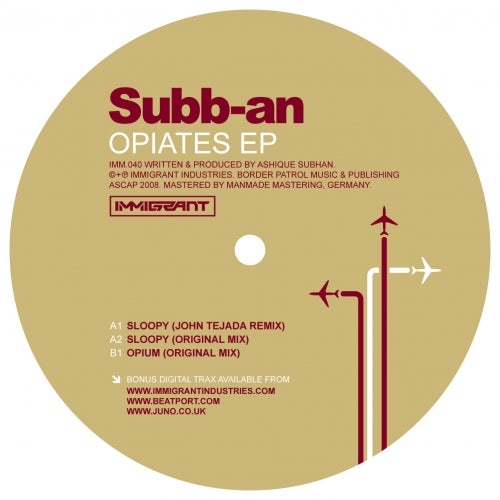 Immigrant’s 40th EP comes with love from bright young UK based wunderkind Subb-an, returning with a release full of attitude and mischief. It’s deep, techy and, following more deep and tribal directions on recent releases, returns with some of the vicious vigour of 2008’s Italia EP (LEFTROOM). These tracks have already rocked some impressive main rooms of late, as well as at Subb-an’s residency with the UK’s mighty Below brand. Joining Subb-an in his call to ‘bounce’ is John Tejada, a man who, as one of tech house’s mainstay producers, needs little introduction. It’s a little known fact that Tejada released his first album with Immigrant way back when, and now fresh from mixing FABRIC’s awesome 44th compilation, he’s here adding more minimal and electronic sounds into the mix.