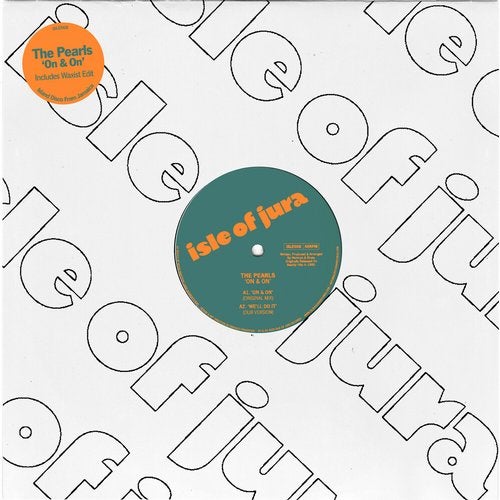 Isle Of Jura is proud to present the first of three 12"s from Jamaican duo The Pearls. The Pearls are Stanley Shaw and Norman Watson, lifelong friends who wanted to fuse Disco, Soul and Rap with Reggae. Norman Watson worked at the famed Randy's record store in downtown Kingston, also the base for the revered V label, where he came into regular contact with label artists Fats Domino, Millie Small and Augustus Pablo. Suitably inspired he started his label Reality Hits in 1978 and not long after came a series of singles including 'On & On'. The Pearls soon caught the ear of Sly & Robbie and went on to record an LP for their Taxi label.

The original 7" version of 'On & On' leads the charge on the A1, a proper reggae disco stomper with boogie piano, super charged bass and a chorus that sounds like a lost hit. The Dub Version 'We'll Do It' occupies the A2 whilst on the B side Waxist, the consummate Parisian selector and compiler Julien Minarro, steps up with an extended edit that combines elements of the Original and Dub. The 12" is housed in a special Jamaican themed Isle Of Jura sleeve.