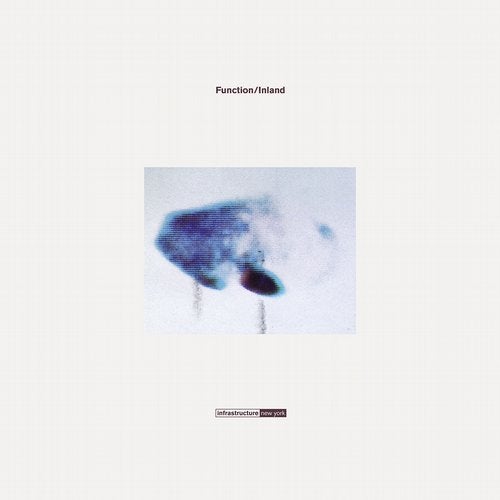 Long time colleagues David Sumner (aka Function) and Ed Davenport (aka Inland) have teamed up to relaunch Sumner's esteemed imprint, Infrastructure. The label has been lying dormant since 2006 when Sumner focused his energies on Sandwell District and relocated to Berlin in 2007. They kick things off with a collaboration under the guise Function/Inland with this new EP, Odeon/Rhyl.

The A side, based on Photek's beatless 'Under The Palms' and released with his blessing, 'Odeon' translates a soaring, epic synth solo into an 8 minute percussion-driven version. Modulating toms rise and fall as the strings climb to new heights, resulting in a sparse and haunting moment of oblivion.

On the B side the pair work with solely original elements in 'Rhyl'. Deeply influenced by the heady days of early Warp, Skam, Autechre and pure electronica, they add a contemporary, hitech twist and hints of Sandwell's emotive textures. It's a stark reminder of the power of only a few strong elements, arranged by experienced hands.

First recorded and edited while Sumner and Davenport were sharing the same address in 2011, the pair shelved the material, letting it ferment for two years before the right moment arose to review the tracks and do the final mixdowns for this beautiful EP