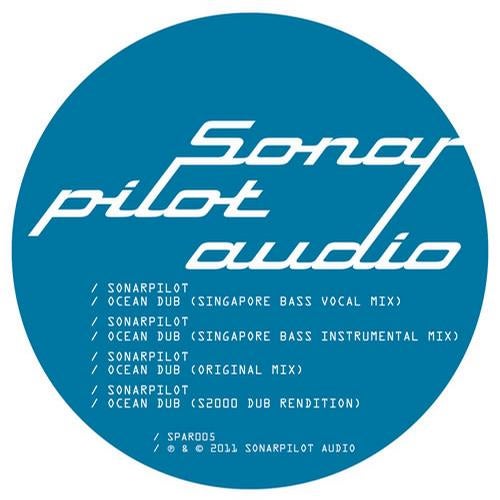 Sonarpilot Audio venture once more into new musical territory with the second of two back to back releases over the winter. EP5 features two very different re-interpretations of Sonarpilot's 'Ocean Dub' continuing the labels travels through the different shades of global electronica.
Remix number one and two come courtesy of another little Sonarpilot discovery, a young producer who will be making waves in the post dubstep, Bass Music scene from here on in. Evan Roberts, AKA Team Brooklyn, is a professional sound designer and studio engineer at the infamous Gunnery Studios in Malaysia. His intense 'Singapore Bass' reworking of Ocean Dub brings razor sharp synths, a wall of sub bass and heavyweight dubstep beats into play. Roberts them marries this modern sound with an epic Bollywood style vocal track, recorded in New Delhi by acclaimed movie soundtrack composer Gaurav Dayal. Both vocal and instrumental mixes will appeal to lovers of Eastern electronic music as much as Bass Music aficionados with the tracks sitting comfortably into a DJ set alongside other bass music artists like Chase and Status, Nero and Skrillex.
Sonarpilot's soulful and chilled original mix swiftly follows with a more organic flavour. Moppert's original productions once again shine through on the EP as his sound evolves and expands. His music always features that trademark Sonarpilot tight programming, sonic experimentation and root soul that wins him new fans with each release.
Lastly deep house mainstay Soy Mustafa gets to work remixing under his S2000 moniker. Soy's Cinematic label is one of the most respected deep house labels in the world and regularly features the very top names in the scene, artists like Chez Damier, Alex Kid, John Tejada and Alex Celler feature on every release and the labels insistence to keep manufacturing vinyl has ensured Soy a loyal fan base. His 'Dub Rendition' remix takes Ocean Dub back to the 4-4, house dance floor with a rolling bass groove, clever percussion,