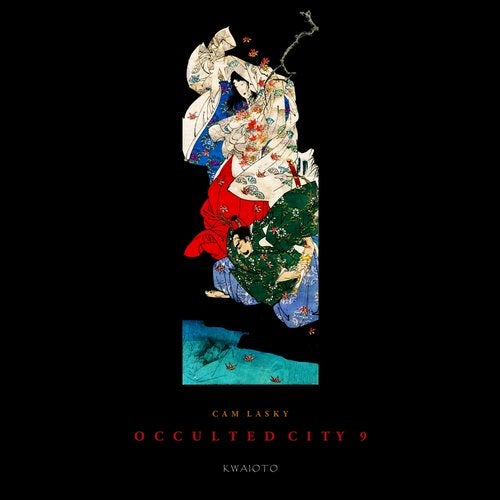 1. Two Faced (Original Mix) 2. Two Faced (Babie GION, Cam Lasky Leaf Peep Mix) 3. Enchantress (Original Mix) Performed by Babie GION (2) Produced, Written and Performed by Cam Lasky Engineered & Mixed by Sonar Graham P&C 2017 Cam Lasky under exclusive license from KWAIOTO Records TRANSLATION literally "maple leaves;" used as a name ORIGIN The tale of Princess Sarashina/Momiji is famous in Japanese theater. The noh play Momijigari ("Hunting Momiji" or "Fall-Leaf Hunting") first appeared hundreds of years ago, during the Muromachi period. During the Meiji period it was remade as a kabuki play. Momijigari was made into a film in 1899, becoming the first narrative film in Japan. It was designated an Important Culture Property in 2009. LEGENDS Long ago a powerful witch named Momiji lived in the mountains of Nagano prefecture. Her story takes place during the season of fall-leaf-viewing, when groups of people would gather in the mountains for festivals and parties under the falling red, orange, and gold leaves. During this time, a samurai named Taira no Koremochi was charged by a local Hachiman shrine with hunting oni. His hunt had taken him to Togakushi mountain, where a particularly nasty kijo was said to live. Koremochi and his retainers climbed the beautiful mountain, and they came upon a small group of aristocrats having a leaf-viewing party. Koremochi sent one of his retainer ahead to investigate. The retainer approached to inquire about the party, and was told that a noble princess was hosting it; however the ladies in waiting would not tell him the princess' name. Just as Koremochi and his retainers decided to continue on their mission, one of the ladies-in-waiting approached and told them that her mistress had heard of Koremochi before, and she wanted to invite them to her party. Despite his mission Koremochi could not rudely turn down a princess, so he and his companions agreed. At the party, the warriors were introduced to Princess Sarashina, an extremely beautiful young woman. They all sat and enjoyed watching the leaves, drinking sake, and dancing. Koremochi asked the princess if she would dance for him, and she did. Soon the men became drunk and sleepy, and dozed off under the beautiful trees. As he slept, Koremochi dreamed of Hachiman and his mission. The god told him that Princess Sarashina was actually the kijo Momiji in disguise, and that he must kill her with the holy katana, Kogarasumaru ("Little Crow"). When Koremochi woke up, the sword he dreamed of was in his hand - a gift from Hachiman - and he knew that what he dreamed had been real. He chased after the women, and all of a sudden a huge firestorm broke out. Flame and wind lit up the mountain. Suddenly a ten foot tall kijo with horns made of burning trees appeared, and an intense battle between the samurai and the demoness took place. In the end, thanks to his magical sword, Koremochi was successful, and slew the Witch of Togakushi Mountain.