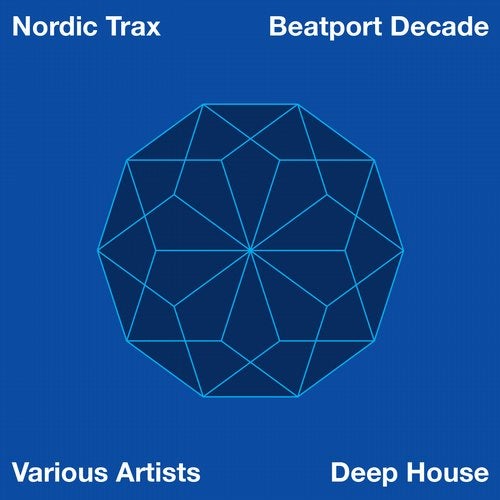 To celebrate Beatport's 10 Year Anniversary we dug through the Nordic Trax vaults for an exclusive compilation of label gems. The three-volume compilation spans 30 trax of Deep House, House & Tech House selected from the last 10 years of label catalogue available on Beatport.

The first compilation kicks off with Gavin Froome Sunsets, a Nordic Trax anthem supported by the legendary DJ Harvey -- who used the track on a dj mix for Japan, helping it enjoy a somewhat cult status among djs & collectors. Also picked-up by the likes of Laurent Garnier & Craig Richards when it came out, it has more recently garnered the attention of Art Department and Shaun Reeves of Visionquest. Next up is the beautiful bouncy Come On from Dallas producer Demarkus Lewis which was supported by Gilles Peterson & Harri (SubClub) among others when it dropped way back in 2004.

Jumping forward the Philly house veteran Pete Moss released the moody Infatuation in 2007. Fans of his work on Large, Ovum and Plastic City will recognize Petes signature deep tech vibes on this track. The following year Brooklyn by-way-of Minnesota producer & vocalist Alexander East dropped Believe En Me remixed by Seattles LawnChair Generals. One of our biggest releases to date, the song was licensed to Fabric 40 (Mark Farina) & Defected In The House (Shapeshifters) alongside massive DJ support from Fish Go Deep, Kaskade, Brett Johnson and Inland Knights to name only a few.

Label boss Luke McKeehan collaborated with Ottawa dj Trevor Walker & Juno Award-winner Miguel Graca in 2011 on the Mature Minds project Concrete Castles. Remixed by Halo of the legendary H-Foundation, the critically-acclaimed release received A-list tastemaker support from Kenny Dope, Luciano, The Revenge & Mark Knight. In 2012 Gavin Boyce returned to NT with his 3rd release for the label, the magical Divine In You which received the remix treatment from Irish House legends Fish Go Deep on a mix that gathered acclaim from Tony Humphries, Fred Everything & Graeme Park among others.

Chicago House veteran Johnny Fiasco made his long-awaited NT debut at the end of 2012 with I Want It. The release burned-up the Beatport charts & was a favorite of Ellen Alien, Shur-I-Kan, Diz, Phil Weeks & many more. Finally, in 2013 the in-form Newcastle producer Cristoph with one of his very first releases Big H remixed by Spanish House fave Nacho Marco. The release went to #1 on Traxsource, supported by John Digweed, Groove Armada, Joris Voorn and a host of others. Cristoph delivered an exclusive dj mix for Mixmag in support of the track & was named one of Pete Tongs Future Stars on BBC Radio 1 in January 2014