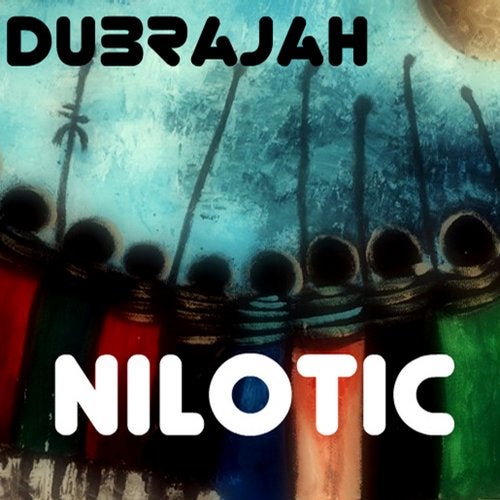 Dubrajah, one of the most active Dubophonic artists, is back with his new release. The ethnomusicologist from Russia continues to follow the path he started in year 2014, demonstrating with each release his ability to fuse a deep digital dub style with organic sounds, traditional African melodies and chants. After Enkang (2014) and Reprise (2017), the Russian artist Sergey Gabbasov returns with his new EP entitled Nilotic.

Nilotic is a group of people indigenous to the Nile valley. Dubrajah's new music is a journey inspired by the cultures of East Africa and specifically by the Nilotic people.

The first track Mji Mkongwe (which means "old town" in Swahili language) is inspired by an old part of the Zanzibar city, which is also known as "Stone Town". This town from the time of its foundation has been the melting pot of people and cross-point of cultures of Indian ocean - from Madagaskar to Iran, from Congo to Indonesia.

Karamoja, the second track, applies to a region in the North of Uganda. its main inhabitants are Nilotic people, Karamojong and Ik, who are semi-nomadic pastoralists.

The last track refers to Bwindi, a large primeval forest in southwestern of Uganda (means "impenetrable" in Runyakitara language), which includes the half of the world's population of mountain gorillas. Previously it was inhabited by Twa pygmies - hunter-gatherers, first indigenous people, who have been resettled by the government outside of the forest, because of creation of the National Park.