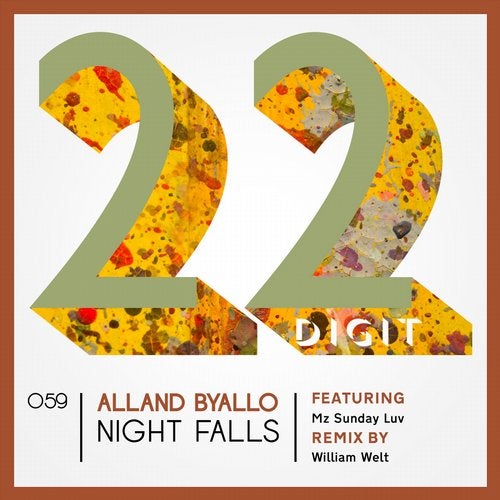 22 Digit Reords first release of 2017 comes from Alland Byallo who has been a long-time favourite of label bosses William Welt and Peter Bartram.

Alland has a dark and brooding production style, where his impressive back catalogue includes releases on Third Ear, Dirt Crew Recordings, Cocoon, Poker Flat, Rawax and BPitch Control, along with his own label Bad Animal.

Along with a remix from William Welt the release also incloudes vocals from Mz Sunday Luv who has previously featured on tracks signed to Rebirth, Get Physical Music, Rebellion and Leftroom.