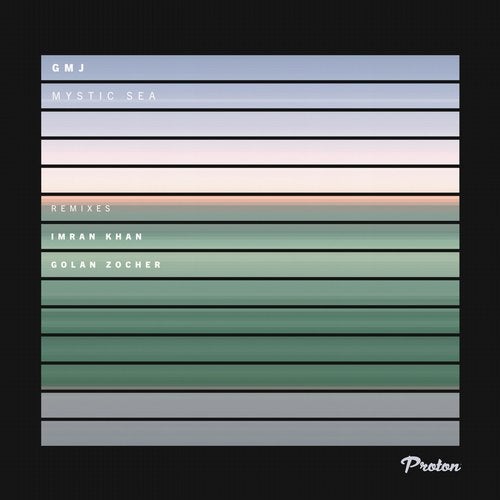 Making a mark on Proton Music on a regular occasion, GMJ and his "Mystic Sea" showed the Australian artist at his finest in late 2019. Returning to the title track, remixes come from Israeli and UK talents.

Imran Khan is a rapidly rising force in the world of underground dance music. Able to generate a beautifully original sound palette from the production tools available to him, the UK artist has shown a desire and passion to learn from his peers, understand his craft and apply new techniques to his work. Khan has subsequently amassed over a century of production credits in a three-year period that has seen him feature on a raft of high-profile imprints including Clinique, Stellar Fountain and Balkan Connection.

In addition, Particles and Proton Music have become a regular home for Khan's music with 2018's "Arrival" for the former and 2019's "Organik" and "Sunsweat" EPs for the flagship imprint in the latter half of the year. Taking "Mystic Sea" on a typically impressive new voyage, the Imran Khan remix glistens with rich a rolling groove tied to a subterranean bassline that carries the track dynamically forward. Retaining the feel of GMJ's original, a hypnotic lead riff echoes throughout while multi-textured pads fill the sonic space behind. Pulsating white-noise washes usher in a third movement as rhythm and bass take hold once more combined with melodic riff.

Following in the footprints of such luminary producers as Guy J, Khen and Guy Mantzur, Golan Zocher continues to forge his own path from his Israeli home with a growing collection of music that totals over a century of production credits. A respected DJ with a degree in audio engineering and his own Bloom Records, Zocher has found his work featured on such blue-chip labels as Pipe and Pochet, Nick Warren's The Soundgarden and Darin Epsilon's Perspectives Digital. Moreover, an appearance on the "Global Entry, Vol. 1" compilation for the best-selling Sol Selectas imprint was a further notable highlight in March 2020.

Making his Proton Music debut, the Golan Zocher remix of "Mystic Sea" bristles with chunky low-slung groove that evolves gradually with pads from GMJ's original, before a powerful driving bassline takes hold. Full of brooding menace, a searing lead motif with its roots firmly in "Mystic Sea", pierces the rhythmic melange showcasing its strength at the mid-point breakdown. A rippling arpeggio adds depth in the latter stages to create a work of power, craft and technique.

Remixes from Imran Khan and Golan Zocher find GMJ taking another voyage of discovery on his "Mystic Sea".