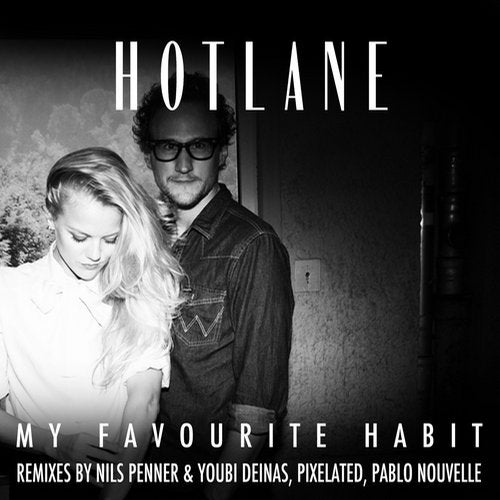 Berlin based duo Hotlane's crystal clear, slow-melancholic electronic indie-pophouse has many fans. After the two singles they released over the last two years on Gomma they now come with a full EP and this new wonderful single: 'My Favourite Habit' - A slow, sweet ballad. Written in the greyness of Berlin winters - the town where the Swedish actress and singer and German DJ/ producer live, work and founded Hotlane. Both are part of the vibrant alternative party and fashion scene of Berlin. Agnes Lindström works as a model, actress, singer and DJ and Jack Tennis is one of the main DJs at Berlin underground happenings, art events and off spaces like Kingsize or the new Konzulat club. The new single comes with remixes by three of - as we think - the most interesting producers of the moment: Berlin House genius Nils Penner delivers an almost folky, very soulful, version. Pablo Nouvelle, who currently gets a lot of buzz on the internet transformed the original into a space-electro trip and Pixelated's remix is a straight forward house interpretation that might find a lot of fans.