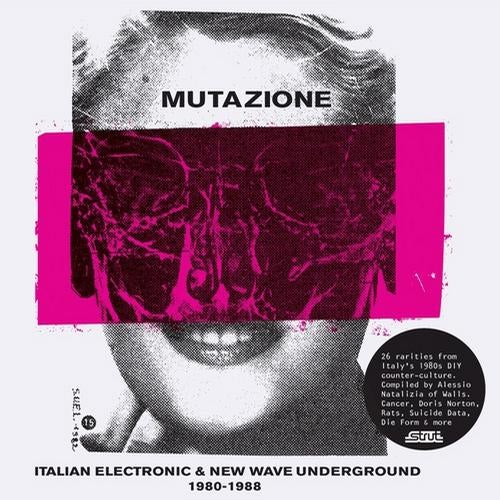 Kompakt artist Alessio Natalizia from Walls brings together 'Mutazione', a collection of reactionary underground electronic and new wave rarities from Italy, recorded during the tail end of this turbulent era. Based around a hotbed of activism in Tuscany and the Emilio Romagna region, bands emerged from squats and both right and left wing militant groups, feeding off the national paranoia and angst to create a unique sound, rooted in punk but touching on new wave, electronic, experimental and industrial styles. Much of the music was released on limited cassettes. Fanzines sprang up, both from political groups and the bands themselves, in turn spawning new artists - Suicide Dada, featured on this album, emerged from a collective running the VM fanzine in Turin and the Traxxtra collective of underground musicians also published a regular lo-fi magazine of their own.

For 'Mutazione', Natalizia digs deep to explore the full spectrum of sounds from this rich era of Italian music. Styles range from brooding new wave and post-punk to raw electronic pieces and claustrophobic, whispered vocal cuts.