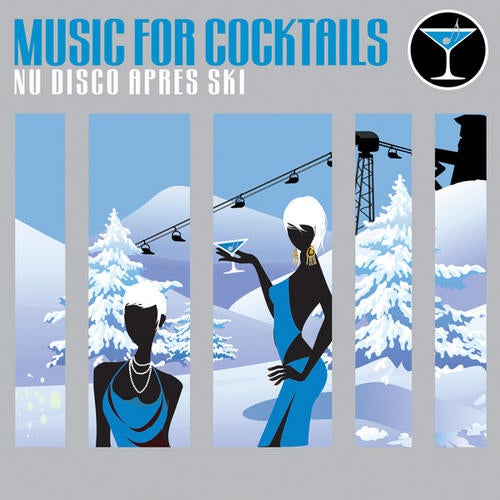 Music For Cocktails is back for its 14th edition. Following on from our summer release, 'Ibiza Jazz Lounge', we are turning down the temperature but boosting the musical heat with the snazzy new release 'Nu Disco Apres Ski'. This edition features the icy grooves and slick stylings of some modern Nu Disco classics with the traditional jazzier grooves and down-tempo grooves that we are famous for. Things open up with the French classic 'Tout Est Bleu' from Ame Strong. This leads nicely into one of 2009's biggest Nu Disco nuggets, the Greg Wilson take on 'The Way You Move' which has just the right amount of jazz swing and slow-mo disco to make it a perfect touchstone for this album. In the down-tempo department we keep things slick and quality with tracks from Denmark's Flipside, Motif (one half of Lux / Northern Lights) and Pete Gooding's and Steve 'Afterlife' Miller's new project No Logo. Some off-piste disco swing is provided in the tracks by D-Pulse, Bearfunk's Stevie Kotey, San-Francisco-man Sorcerer and legends Blaze. Slovenian Sare Havlicek compiles and mixes the CD and of course puts his own stamp on things with his sultry 'Deco Drive'. Music for Cocktails returns in 2011 with more forays in all that is smooth, jazzy, down-tempo and quality. Hang in there cat.