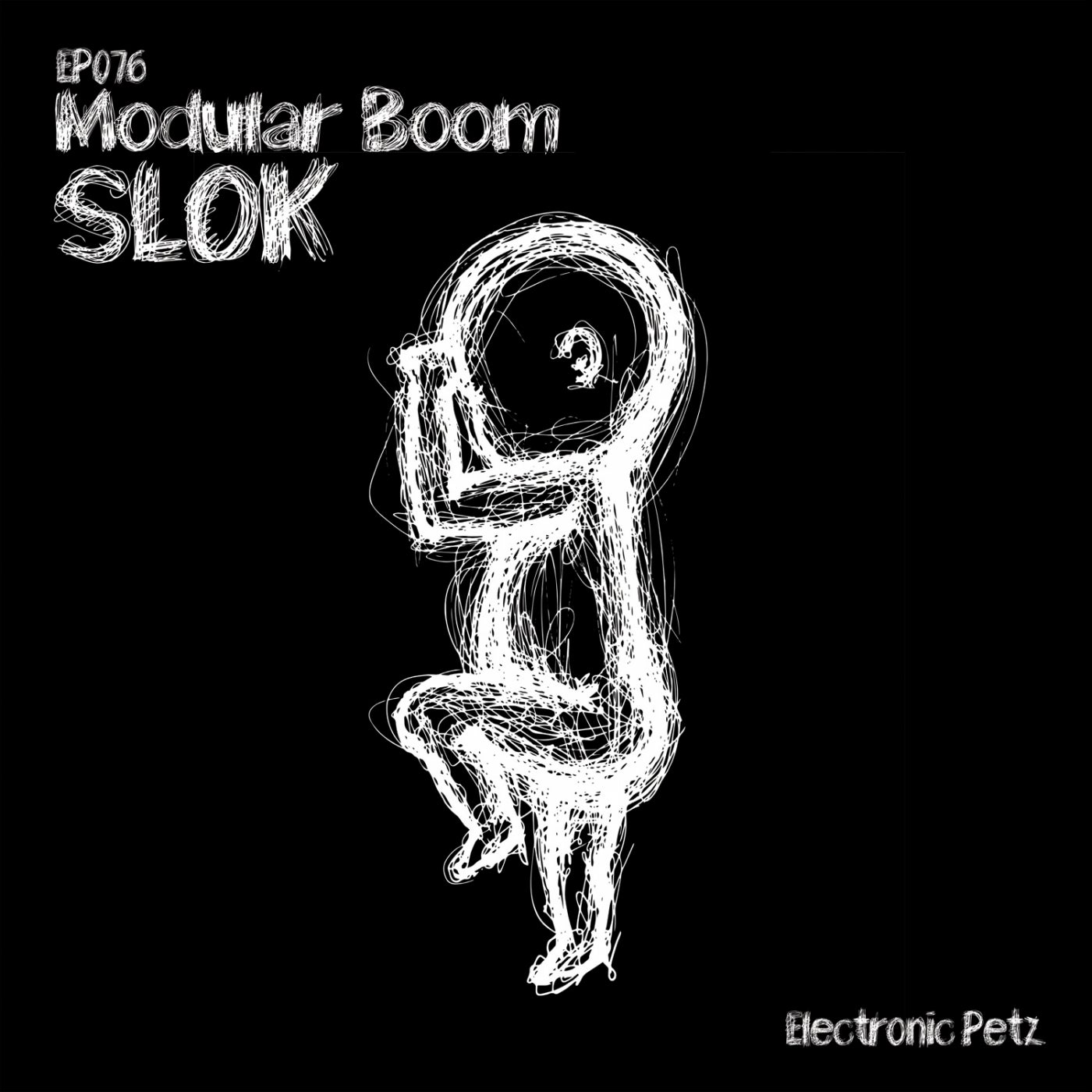 Based in Paris, the eclectic Italian techno artist SLOK (AKA Alessandro Russo) is back with a brand new instrumental live machines album titled "Modular Boom". A twenty-one improvised original takes collection recorded directly with analog and digital modular synthesizers only. A tribute to the actual period of musical "evolution" determined by a strong return to hardware instruments and the needs to take a step back moving away from a mouse and a PC screen during the creative stages of composition: and that's where the BOOM starts ! The author continued to embrace the ethics of the DIY (Do It Yourself) by releasing for the second time his own auto-produced album on his own music label Electronic Petz. On the tracklist only a couple of tracks have a drum machine groove such as "Confusione" and "Calma". The rest of the album is dedicated to pure electronic music experimentation, in the Italian way, and it sounds like a sci-fi movie soundtrack, like a dream, an intimate musical journey that testify the innate passion for the sound design, for those colored mini jacks-knobs and their magic power ! Alessandro wants to thanks all of his modular "Punks" friends: the french guru "Laurent Perrier" for have shared part of his wicked equipment and lots of passion, "Julien Baudart" to have refreshing my mind with elements of physics, electronics, electrotechnics, Alexandre Dartois, Pascal Gueugue and the whole CIFAP family for the impeccable hospitality in their studios in Montreuil at the nearby Parisian suburbs. Biographical Notes /// SLOK: Real name's Alessandro Russo, SLOK is a producer, composer of contemporary electronic music since more then a decade. At the end of the nineties, releasing "They Call it Jungle" (IRMA Records) he became the most popular Italians Jungle Drum n Bass artist of the international scene. Then others projects followed, including the collaboration with Japanese Satoshi Tomiie's SAW Recordings and with others artists and plenty of renowned techno and house recording music labels such as Get Physical, Turbo Recordings, My Favorite Robot, One Records, Moodmusic. In 2006 he founded his own label Electronic Petz, a label set with a firm focus on quality dance and contemporary electronic music rather than on any specific genre. Artist Info: http://soundcloud.com/slok Label Info: http://soundcloud.com/electronicpetz All the tracks are performed, produced, mixed, written by SLOK in the end of June 2018 at CIFAP Studio, Montreuil, France and at Funkybanana Studio, Paris. 2018 (c) (p) Electronic Petz, Copyright Control Many thanks to all makers: Sequentix, Make Noise, Verbos Electronics, Benjolin, Random Source, Modcan, Xaoc Devices, Macbeth Studio System, Mutable Instruments, 4ms, Rossum Electro Music, Strymon, Intellijel, Flame and more !