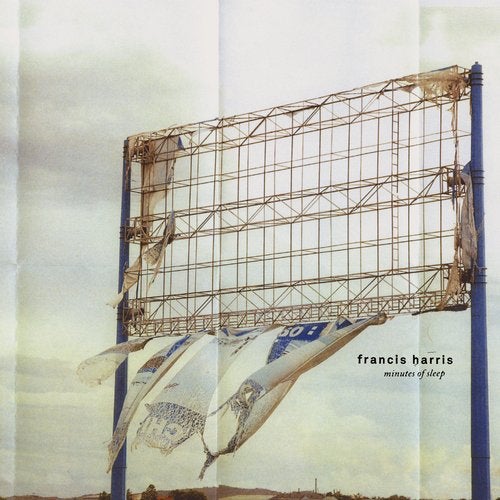 On "Minutes of Sleep," Scissor and Thread label founder Francis Harris continues to grapple with the subjects of memory, loss and profound grief that suffused his critically acclaimed debut "Leland" (2012), an album length requiem composed for his father. Writing this time in tribute to his mother who sadly passed the following year, Harris revisits deeply personal territory on "Minutes of Sleep" with newfound perspective, heightened confidence and a markedly refined approach, yielding a noticeably matured and eloquent statement which transcends sorrowful brooding and rumination. It was through recording "Leland" that Harris first broke from his decade long preoccupation with solitary electronic music production. Seeking to infuse his formal compositions with emotional content, Harris employed the singular talents of Danish vocalist Gry Bagøien, trumpeter Greg Paulus (No Regular Play) and cellist Emil Abramyan, each of whom provided truly inspiring passages throughout that album. All three return on "Minutes of Sleep" along with Léah Lazonick on piano, session player Brendan Golle on keys and Harris' childhood mate Gabe Hedrick on guitar. Harris even contributed to the sessions himself with some solid guitar and piano work, evidencing the direction his career has taken since the release of "Leland" and that project's rekindling of his passion for instrumentation, collaboration and performance. Despite the familiar presence of Bagøien's uniquely childlike blues delivery, Paulus' heartbreakingly august trumpet or Abramyan's plaintiff cello, it is the conceptual basis of Harris' songwriting and his emphasis on painstaking production processes that impart "Minutes of Sleep" with structural integrity and aesthetic continuity. Across the ten song opus, Harris works organic and synthetic elements into his compositional framework, relying less than ever on percussive elements to define his moods whilst solidifying his signature blend of house, modern classical, shoe-gaze and noise. Working with engineer Bill Skibbe at the famed Keyclub Recordings on Sly Stone's original Flickinger console, Harris drenches the tracks in analog effects, adding tape saturation for good measure by running the final mix through a vintage multi-track. The result is a constantly warm yet intense, almost tangible sonic atmosphere that rises and falls subtly like breath with the pacing of the music.