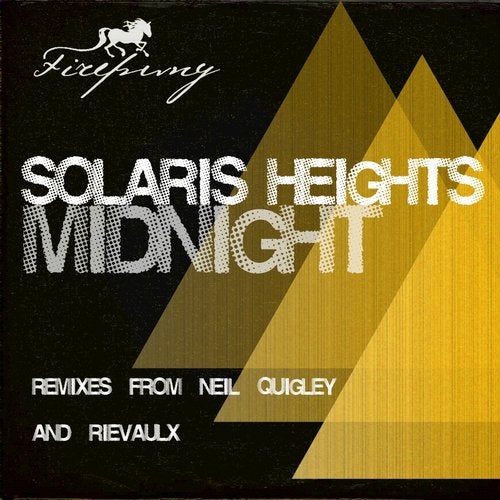 Firepwny's debut sees a re-release of the stone cold classic deep-house track 'Midnight' by Solaris Heights. The record was first released on Airtight in 2002 to a raft of critical praise and compilation licenses from the likes of Renaissance and Fabric. Solaris Heights have been releasing music since 1998 on legendary labels such as Freerange, Renaissance, Guidance, Noir and Paper Recordings and are currently signed to Glasgow Underground for upcoming releases in 2014. The new release of 'Midnight' comes with two fresh remixes that highlight both ends of the current deep-house spectrum.

First up, with his uber-deep vision is DJ/producer and REfINE label boss Neil Quigley. Moody basslines and shuffling percussion keep the track simmering to its melodic synth climax...a master-class in understated production. Even before promo Dixon and Hernan Cattaneo were supporting the track! Hernan adding it to his respected 'Resident' podcast (Episode 144) receiving over 17,000 plays to date.

Next up on remix duties is Rievaulx, with releases on German techno label Kickboxer and the French deep-house label Missive Music. Rievaulx turns in a warm and chunky mix, keeping the full vocal from the original song but bringing it all right up to date. Keeping a subtle balance of emotion, funk and melody and showing the warmer side of 'deep', moving the heart as well as the feet.