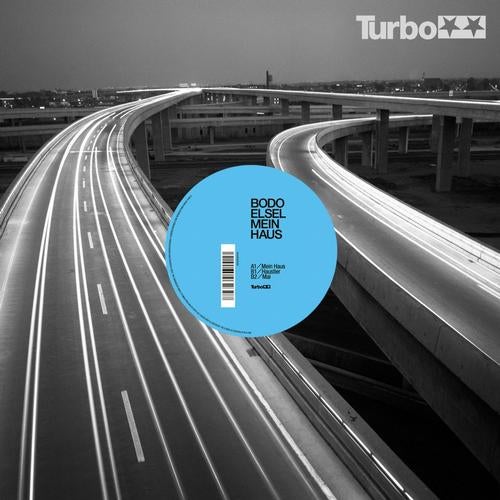 Turbo is proud to present the digital release of Bodo Elsel's Mein Haus EP. The release also features a suave new remix by Nerk and Dirk Leyers, which will take your party to a land of cigarette holders and brass polish fumes.
Thomas Von Party on Bodo Elsel:
In 1999, Playhouse - the excellent housey sister-label of mighty Klang Elektronik - put out a Bodo Elsel 12" called "Discount Baby." It's always stood out in my mind as a high water mark in the Sacred Art of the Groove. Punchy accents and resonant bass layered with trippy vocal loops; it's dubby acid house of the highest order, made by a mysterious German Lego-master, whom the A&R team of Mike Mind and Thomas St. Shindig managed to coax back into activity.
It only took Bodo a year to answer Mr. Mind's email, but he eventually delivered three amazing tracks. Haustier revitalizes piano house, Mai is incredible, and Mein Haus is one of the top few all-time expressions of the greatness/meaning of Germany, putting it in the fine company of the Autobahn, Sven Vath and Christmas-Market Schwein. NICE WIBES!!
The icing on the cake was that Bodo made it very clear he wanted no part in royalties or any of that business crap...he just wanted 42 copies of the record. We are not sure whether he will want 42 copies of the digital release.
Love from Montreal,
Thomas Von Party