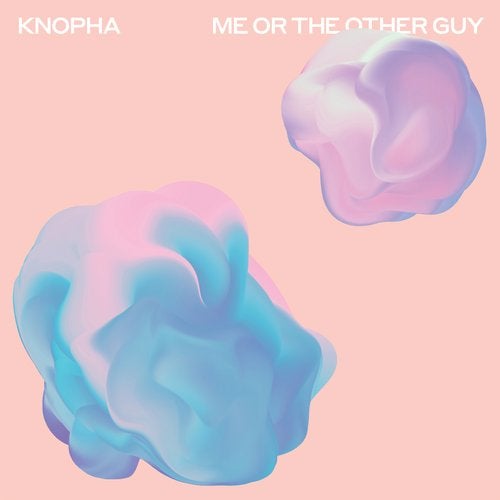 What does China's Fujian coastline sound like? It might be a stretch to say Chinese artist Knopha's music sounds like his adopted hometown of Xiamen (formerly known as Amoy) on China's subtropical southeast coast, but it's fair to say the suspenseful, brooding new age tones of his track "Me or the Other Guy" lend themselves to late night drives along the city's palm tree-lined streets. Rounding out the EP are three very distinct remixes from some of China's most hotly tipped producers that flip the title track into an array of cutting-edge club-focused sounds.

Inspired by a strange dream where Knopha found himself in a palace surrounded by dancing and instrument-playing mermaids, the half step title track marks a departure for him, with his previous releases on Beijing's RAN Music operating in the familiar patterns of his beloved house and techno. Setting out to fuse the sounds of new age and contemporary club music, the track lithely shifts between moods and textures, creating a piece of music that is at once familiar and difficult to categorise.

Shanghai-based Hyph11E is easily one of the most unique producers in China today. Fresh from providing one of the standout tracks to last year's Genome Compilation Vol. 1 by the Genome 6.66 Mbp collective, she takes influences from global club sounds and pushes Knopha's original into darker, more volatile territory while injecting a futuristic, cinematic quality.

For the second remix of the release, young Nanjing-native Dirty K steps up and delivers a masterclass in hyper-melodic, neon-textured grime with a twist on the original that refuses to sit still and has been supported by Boxed/Rinse FM's Slackk.

Last to step up is Push & Pull co-founder Naaah, who through his love of early '10's Dutch bubbling tracks, twisted melodies and frenetic drums, creates a jittery yet placid track that never takes its eyes off the dancefloor.

Based in Shanghai and Tokyo, Push & Pull has been running club nights since April 2013, giving a platform to local DJs and producers as well as international club sounds such as grime and gqom. Me or the Other Guy is the first in a series of releases that will showcase the vital underground sounds of the two countries and the emerging musical links between them.

Me or the Other Guy