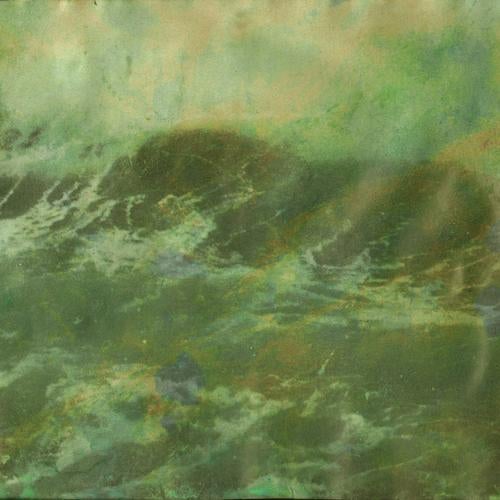 This press release will take the form of an interview with Harry (Spheruleus) and Dan (Ekca Liena)...

IAN: What exactly is 'mapping the boundary layer' then?

DAN: Well in atmospheric terms it's basically the bottom, the section closest to the earth... essentially the part of the atmosphere in which we live and experience the different weather systems first hand. The inspiration for the music and textures on the album came from the concept of exploring or tracing a thread through these weather systems, through the turbulence and serenity of the air around us. As well as the environmental field recordings, a direct and blatant link to the subject matter at hand, the music plays a significant part in representing the abstract sense of drama some associate with the changing weather. That strange, oppressive tension of a gathering storm; the contented lushness of a spring breeze rolling through the willows...

HARRY: Absolutely on the nose Dan - there's really not a lot to add to that!

IAN: How did the collaboration start?

HARRY: It began after Dan had approached me about doing a remix/collaborating with him 3 years ago. The eventual piece became what is now Summing Elements and formed the start of our project. We did leave it though for an awfully long time - I guess we picked it back up in early 2011 and from there it all came together from nowhere, it seemed. Although we never wanted to rush it and were prepared to take as long a necessary, we managed to strike a natural flow and bounced off one another really well. I'm sure I can speak for us both in saying that some collaborations can be difficult to establish and carry through but this, it just seemed to happen. And smoothly, at that!

IAN: There's a heck of a lot going on in the album...what gear did you use if you don't mind me asking?

HARRY: I always use my collection of acoustic instruments as the main ingredient in my work and it was no different here. When I received work from Dan, I'd add zither, violin, harmonica, ukulele, voice, glockenspiel etc - whatever worked. Then on the most part, I'd use some effects to get them sounding how I wanted and then passed the whole thing back to Dan. So it was literally just cheap or second hand acoustic instruments, a mic and a laptop from my end. I'm also well into using radio static, tape hiss and vinyl crackle too. I've a lot of samples recorded from real sources on my hard-drive and I'm always recycling them or adding to the collection. So this is also a prominent feature in the album.

IAN: The artwork is fantastic. Can you tell me a bit about it?

DAN: Harry sourced this image from an artist friend of his I believe, it's exactly what I'd imagined when we were creating the album.

HARRY: Yeah, at around the time Dan and I re-established this project last year, I got an email from a Swedish artist called Johan who expressed an interest in working with me. He sent just a couple of images and this one just fit with our vision perfectly. It's a painting that he made late one night when struggling to sleep. It kept him up for hours and was a real labour of love - it's a special picture that really gets our concept of atmospheric weather conditions across, with its textured stormy aesthetic.

It can be viewed in two ways, from what I get from it. You can either imagine that it is a stormy sea, with a big sweeping wave or it looks like an overhead view of mountain-tops during a heavy storm.